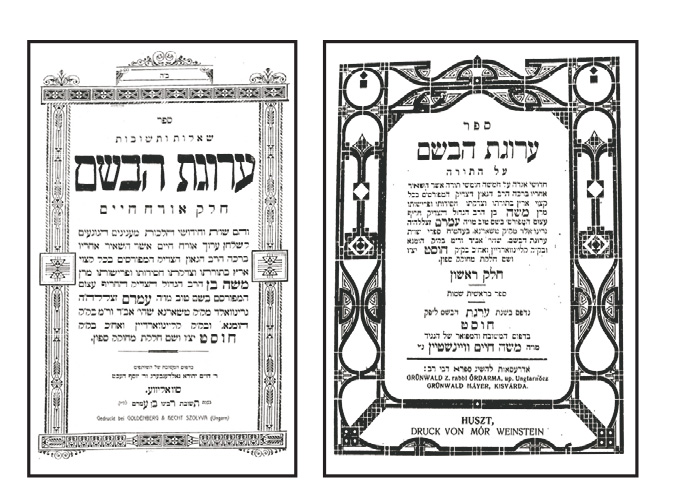 Harav Moshe was born on 13 Shevat. His father was Harav Amram Greenwald, zt”l; his mother was a descendant of the Panim Meiros.

Already in his youth it was noticeable that Rav Moshe was destined for greatness. He conducted himself with kedushah and taharah, and was a great masmid. When he was just 11 years old he went to learn in the yeshivah of Harav Menachem Katz of Tzelem, zt”l, where he gained renown as an iluy.

After his bar mitzvah he learned under his grandfather, Harav Yosef of Tchechowitz, zt”l; subsequently he entered the yeshivah of the Ksav Sofer in Pressburg. In Pressburg he learned b’chavrusa with Harav Yosef Chaim Sonnenfeld, zt”l, who later became the Rav of Yerushalayim.

When Rav Moshe was just 17, tragedy struck — his father, Rav Amram, was niftar, leaving Rav Moshe, who was the bechor, responsible to provide parnassah for the family. Despite having to seek work, his main involvement remained Torah; he led a yeshivah in Tcharna. He married the daughter of his uncle, Harav Avraham Gestetner, zt”l.

In 5643/1883, Rav Moshe was chosen as Rav of Homna, and four years later he became Rav in Kleinvardein. Earlier, in his humility, he turned down the offer of the prestigious rabbanus previously held by the Maraham Schick in Chust, who had just been niftar. In Kleinvardein he combatted the maskilim who tried to forbid public study of Torah. Thanks to his persistence, yeshivos became legally recognized in Hungary.

In 5653/1893 he finally acceded to the requests of the residents of Chust and became their Rav. For 18 years he served there, heading the largest yeshivah in Hungary at the time. Over 300 talmidim quenched their thirst for Torah under his guidance.

In 1812, during the War of 1812, the First Battle of Sackets Harbor in Lake Ontario resulted in an American victory, as U.S. naval forces repelled a British attack.

In 1939, Dr. Roy P. Scholz became the first surgeon to use fiberglass sutures.

In 1969, Apollo 11 and its astronauts, Neil Armstrong, Edwin “Buzz” Aldrin and Michael Collins, entered orbit around the moon.