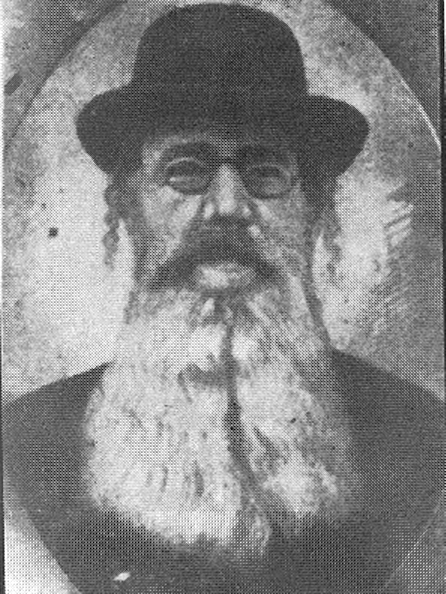 In 5701/1941, the city of Lvov (Lemberg), Ukraine, was captured by the Nazis in WWII. At the time, more than 100,000 Jews lived there. Immediately, the local population assisted the Nazis in conducting a pogrom, killing over 5,000 Jews within a few days. Hy”d.

In 5736/1976, 265 Jewish hostages were rescued from Palestinian and Ugandan terrorists in Entebbe.

Harav Moshe Hager was born in 5620/1860 in Kossov to Harav Yaakov Shamshon of Kossov, eldest son of Harav Chaim, the Toras Chaim of Kossov. He was a talmid of his father and a masmid who never wasted a minute.

Reb Moshe married the daughter of Harav Shmuel Ashkenazi, a scion of the Apta dynasty.

He was affluent, well over six feet tall, and carried himself with a regal air. He traveled in a royal coach.

After the petirah of his father in 5640/1880, Reb Moshe became Rav and Rebbe in Kossov. He was one of the founding Rabbanim and a strong supporter of Agudas Yisrael. He was also the head of Kupas Rabi Meir Baal Haneis of Galicia, Bukovina and parts of Hungary.

Active in kiruv, he brought back to the fold many who had strayed. He was beloved by all the residents of the city, not only his Chassidim.

In 5685/1925, when he was 65, Reb Moshe headed for Berlin to see a doctor — but he was niftar en route, on 6 Tammuz. The Polish government sent a special chariot to bring back his aron for burial. He was buried in Kossov, where thousands attended the levayah.

In 1908, the Tunguska Event took place in Russia as an asteroid exploded above Siberia, leaving 800 square miles of scorched or blown-down trees.

In 1934, Adolf Hitler purged the Nazi Party by destroying the SA and bringing to power the SS in the “Night of the Long Knives.”

In 1977, President Jimmy Carter announced he had decided against production of the Rockwell B-1 bomber, saying it was too costly. (However, the B-1 was later revived by President Ronald Reagan.)

In 1997, the Union Jack was lowered for the last time over Government House in Hong Kong as Britain prepared to hand the colony back to China at midnight after ruling it for 156 years.