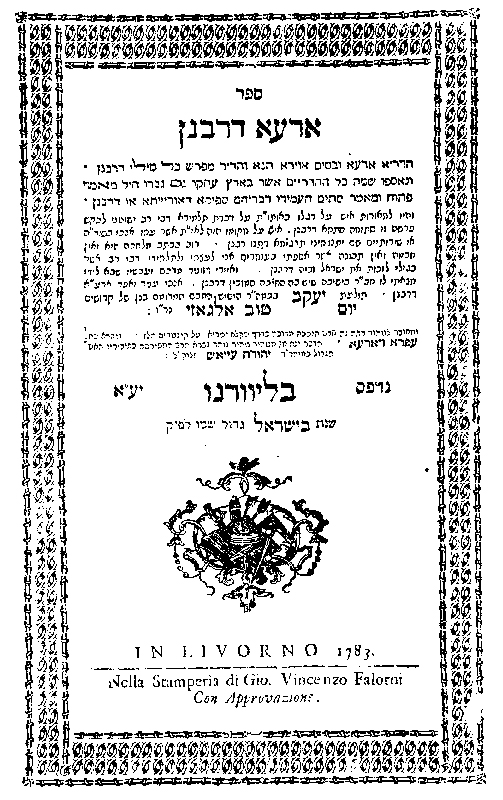 In 5552/1792, the Jews of Ostroha were saved during the Russian-Polish war. The kehillah established this day as “Purim Ostroha” to commemorate the miracle.

In 5701/1941, the city of Lvov (Lemberg), Ukraine, was captured by the Nazis during WWII. At the time, more than one hundred thousand Jews lived there. Immediately, the local population assisted the Nazis in conducting a pogrom. In a few days, over five thousand Jews were killed. Hy”d.

In 5736/1976, 265 Jewish hostages were rescued from Palestinian and Ugandan terrorists at Entebbe.

Harav Yisrael Yaakov was born circa 5440/1680, to Harav Yom Tov Algazi, zt”l, son of Harav Shlomo Algazi, zt”l, the author of Yavin Shemuah. The Algazi family was a distinguished one; the family produced many Rabbanim and Roshei Yeshivah.

From his youth, Rav Yisrael Yaakov was renowned as an outstanding talmid chacham. He personally attended the venerated Rabbanim of Yerushalayim.

After the petirah of the “Batei Kehunah,” Rav in Yerushalayim, Rav Yisrael Yaakov was called upon to fill the position that was vacated. Rav Yaakov Yisrael served the Sephardic kehillah in Yerushalayim with distinction. He also headed the thriving Beit El Yeshiva in Yerushalayim, from which countless talmidim emerged to become Gedolei Yisrael. He served as Rav in the Yerushalayim kehillah until his petirah on 6 Tammuz 5516/1756.

Rav Yisrael led a humble and quiet life. He kept out of the limelight, served Hashem and at first refused to publish any of his manuscripts of chiddushim. Nevertheless, he was revered by contemporary Rabbanim, and his name was mentioned with reverence. The “Shaar Hamelech,” when quoting him in his sefarim, would call him “a holy and humble chassid.”

In 5497/1737, Rav Yisrael Yaakov suffered a debilitating illness; and the doctors despaired of his life. In his eis tzarah, he vowed to publish his current manuscript; and his health was miraculously restored.

Subsequently, Rav Yisrael Yaakov printed many sefarim which give us a glimpse of his greatness in Torah. Among his twenty-five sefarim are Ara D’Rabbanan, Emes L’Yaakov, Ne’os Yaakov, Sheima Yaakov, She’eiris Yaakov and Klal Gadol.

Ara D’Rabbanan was reprinted many times, and was given a commentary by Harav Yehuda Ayash with the name Afra D’ara.

The son of Rav Yisrael Yaakov was the well-known Ri”t Algazi, who continued his father’s legacy, and was a Gadol b’Yisrael in his own right.

In 1865, Union troops arrived in Galveston, Texas, with news that the Civil War was over, and that all remaining slaves in Texas were free — an event celebrated to this day as “Juneteenth.”

In 1952, the U.S. Army Special Forces, the elite unit of fighters known as the Green Berets, was established at Fort Bragg, North Carolina.