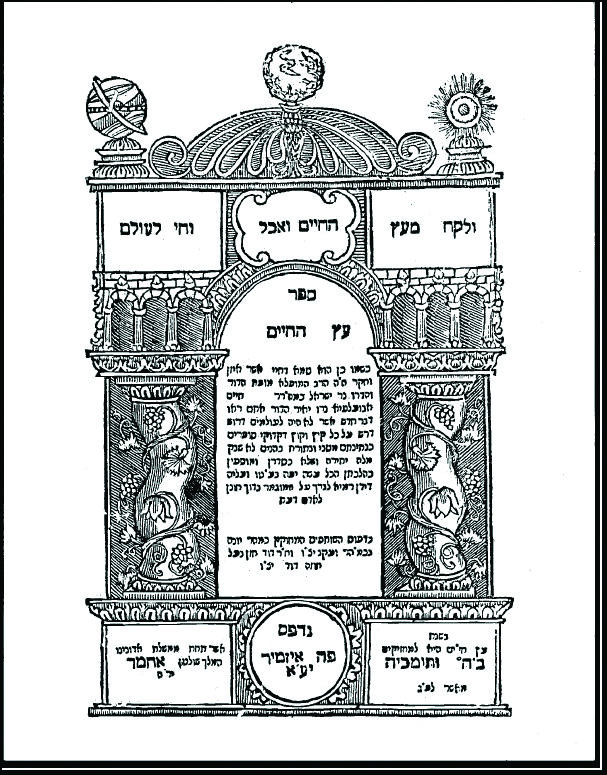 In 2449, the Nasi of Shevet Gad, Elyasaf ben De’uel, brought his korban.

Harav Chaim Abulafiah was born in 5420/1660 in Chevron. His father, Rav Moshe, was one of the city’s leading Rabbanim.

As a young man Rav Chaim was entrusted with a shlichus: to travel to Turkey on behalf of the community in Chevron. In all the cities that he visited Rav Chaim was asked to speak, and he was successful in raising funds for the community back in Eretz Yisrael.

In 5472/1712 Rav Chaim visited Izmir, Turkey, where he made the acquaintance of Harav Yisrael Benbenishti, Rav of Izmir, who was impressed with Rav Chaim’s Torah and accomplishments.

Returning to Eretz Yisrael, Rav Chaim was appointed Rav of Tzfas, where his uncle and other family members had served as Rabbanim, and he stayed there for about eight years. His spell-binding drashos were later compiled as Shvus Yaakov and Yashresh Yaakov.

In 5485/1725 Rav Yisrael Benbenishti, Rav of Izmir, was niftar. The community leaders turned to Rav Chaim and asked him to serve as their Rav. At the same time Rav Chaim received a similar request from the community of Amsterdam, Holland. He chose Izmir because it had a local printing press where he could publish his sefarim.

As soon as he settled in Izmir Rav Chaim took charge, enacting many takanos and enforcing them with a firm hand.

In Izmir Rav Chaim published Eitz Chaim, his drashos on the Torah; Mikra’ei Kodesh on Pesach; Yosef Lekach on Torah; Yashresh Yaakov, his chiddushim on Ein Yaakov; Shvus Yaakov, also on Ein Yaakov; and Chanan Elokim, a collection of drashos and pilpulim.

All the while Rav Chaim lived in chutz la’aretz he yearned for Eretz Yisrael. In 5500/1740, when he was 80 years old, he returned there, settling in the newly rebuilt Teveria. Despite his age, he was actively involved in the building of new batei knesses in the city.

In 1865, President Abraham Lincoln spoke to a crowd outside the White House, saying, “We meet this evening, not in sorrow, but in gladness of heart.” It was the last public address Lincoln would deliver.

In 1921, Iowa became the first state to impose a cigarette tax, at 2 cents a package.

In 1961, former SS officer Adolf Eichmann went on trial in Israel, charged with crimes against humanity for his role in the Nazi Holocaust.

In 1968, President Lyndon B. Johnson signed into law the Civil Rights Act of 1968, which included the Fair Housing Act, a week after the assassination of Martin Luther King, Jr.