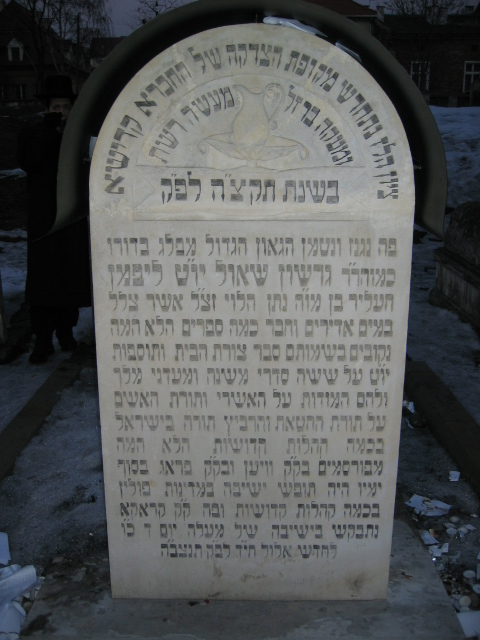 He later learned under Harav Yaakov Ginzburg, zt”l, in Friedburg. From there he was invited to Prague by a rich merchant, Reb Aharon Ashkenazi, who later became his father-in-law. In Prague he learned under the Maharal and under Harav Shlomo Efraim Lunchitz, zecher zaddikim livrachah, Rav of Prague and mechaber of Kli Yakar.

In 5385/1624, Rav Yom Tov was called to the rabbinate of Nikolsburg, Moravia, and a few months later he became Rav of Vienna.

On account of the Thirty Years’ War, the government imposed heavy taxes on the Jewish communities of Bohemia, including Prague. A committee of wealthy and powerful Jews was formed to apportion the taxes among the community.

Sadly, they caused an undue tax burden to fall on the poor. The Rav intervened to ensure fairness. Upset, some committee members spitefully went to the government, accusing the Rav of offending Christianity.

A clerical investigation took place. Rav Yom Tov justified himself but the verdict was that he deserved death, which the emperor commuted to a fine of 12,000 thalers. The fine was far beyond his means; generous Jews helped him to pay the first installment, and eventually, the remainder of his fine.

His sefer Megillas Eivah relates the story of his imprisonment and trial.

In the autumn of 5404/1643, Rav Yom Tov was appointed to the rabbinate of Krakow. Harav Yehoshua Charif, zt”l, the Maginei Shlomo, was the Rosh Yeshivah there. Four years later the Maginei Shlomo was niftar, and the Tosfos Yom Tov succeeded him. He helped many agunos created by persecutions Jews had suffered due to the Cossacks.

The Tosfos Yom Tov was a prolific writer, authoring close to fifty works. Most notable is his commentary on Mishnayos, the classic Tosfos Yom Tov.

He also wrote Maadanei Melech and Lechem Chamudos on the Rosh. Another of his better-known sefarim is Tzuras Habayis, regarding the design of the Beis Hamikdash as seen by the Navi Yechezkel.