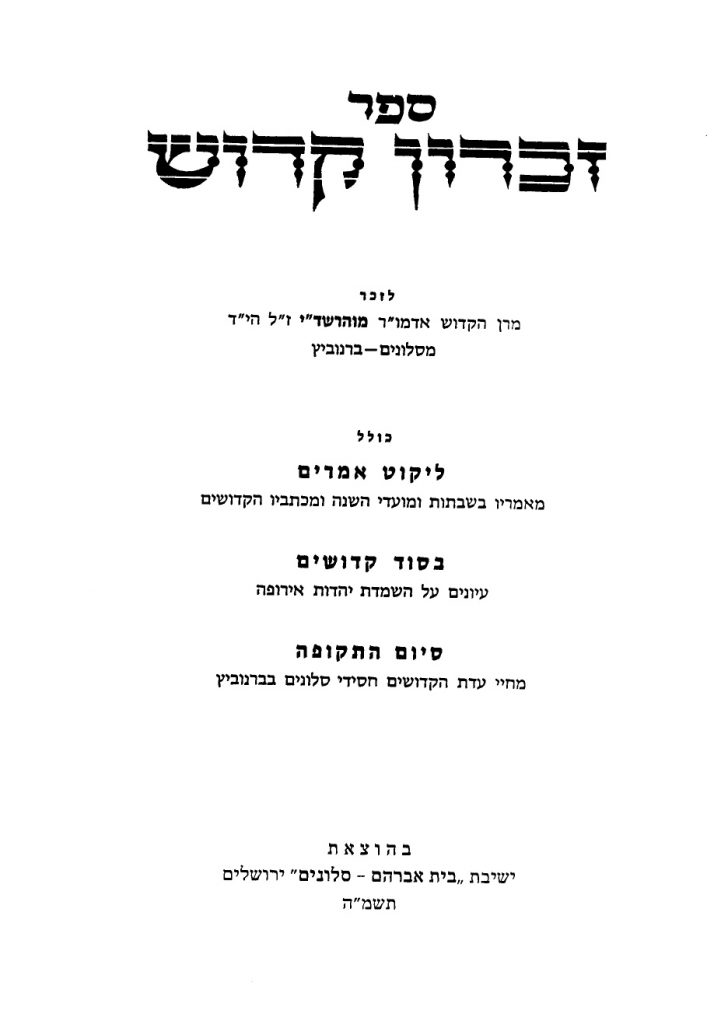 In 4926/1165, the Rambam arrived in Yerushalayim; he celebrated his arrival as a private yom tov.

5461/1700, Rabbeinu Yehuda HaChassid built his shul in the old city of Yerushalayim.

Harav Shlomo Dovid Yeshoshua was born on 18 Shevat 5673/1913. His father was Harav Avraham of Slonim-Baranovitz, the Beis Avraham, zy”a.

In addition to serving as Rebbe, he also headed the Slonimer Yeshiva, Yeshivas Toras Chessed, with its hundreds of talmidim.

The Rebbe, lovingly referred to as “der yinger Rebbe,” was well-known and venerated in all circles.

When WWII broke out, the Rebbe managed to conceal his identity for a while, while at the same time maintaining his external appearance in the ghetto.

When the ghetto was liquidated, the Rebbe was transferred together with the other ghetto residents, to the Kadlitzova concentration camp. In the concentration camp he was determined to continue his avodas Hashem.

Accompanied by 80 Yidden, the Rebbe was killed al kiddush Hashem.

In 1783, the first manned balloon flight took place in Paris. Jean-Francois Pilatre de Rozier ascended in a basket attached to a tethered Montgolfier hot-air balloon, rising to about 75 feet.

In 1860, 11-year-old Grace Bedell of Westfield, N.Y., wrote a letter to presidential candidate Abraham Lincoln, suggesting he could improve his appearance by growing a beard.

In 1914, the Clayton Antitrust Act, which expanded on the Sherman Antitrust Act of 1890, was signed into law by President Woodrow Wilson.

In 1928, the German dirigible Graf Zeppelin landed in Lakehurst, N.J., completing its first commercial flight across the Atlantic.