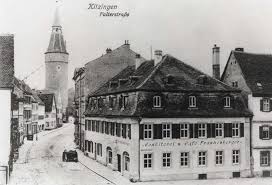 In 5593/1833, the British House of Commons voted in favor of civil rights for the Jews of England, but the House of Lords did not follow suit until 1845.

Harav Yosef Kitzingen was born in Kuzel in 5344/1584. His father, Harav Yisrael, was a noted talmid chacham. Harav Yosef married the daughter of Harav Dovid Altschuler of Prague, and the young couple settled in that city after their marriage.

His erudition was apparent at a very young age; in his teens, he was already well-versed in Shas and poskim. When he was barely in his 20s, his profound knowledge and his geonus earned him a prominent place among the leading Rabbanim of Prague, many of whom were double and triple his age.

Before his death, there was a widespread halachic controversy that erupted regarding the issue of chalitzah granted by Harav Avraham Wallerstein (son-in-law of the Maharal), Rav Yosef, the Maharsha, and the Levush were among the first to invalidate the chalitzah. Unfortunately, the situation spiraled into a massive machlokes between the Rabbanim on both sides of the controversy. A short time later, Rav Yosef was niftar, at the tragically young age of 23.

In 1949, the National Military Establishment was renamed the Department of Defense.

In 1988, President Ronald Reagan signed a measure providing $20,000 payments to still-living Japanese-Americans who’d been interned by their government during World War II.