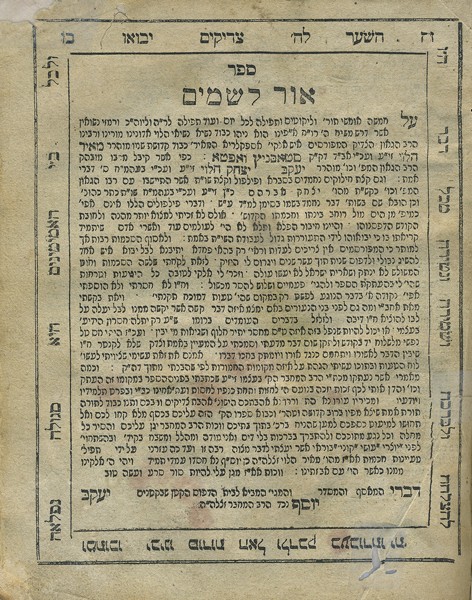 In 3328/433 B.C.E., Yehoyachin, King of Yehudah, was exiled by Nevuchadnetzar (Melachim 2:24, Daniel 1, Divrei Hayamim 2:36). Exiled with him were thousands of Jews from Yerushalayim, including “hecharash vehamasger,” the outstanding talmidei chachamim and leaders of the generation.

In 3333/428 B.C.E., Yechezkel Hanavi received a nevuah at the river of Chebar about Maaseh Merkavah. That perek is read as the haftarah on Shavuos.

In 5408/1648, during the pogroms of tach v’tat led by Chmielnicki, ym”s, the city of Vilna was burnt down; many Jews from Vilna and its environs were killed al kiddush Hashem, Hy”d.

In 5489/1729, Harav Yom Tov Lipman Heller, the Tosfos Yom Tov, was informed of his arrest on libelous charges that his famed Torah works were defamatory of the prevailing religion. The plot was initiated by rich members of the kehillah in Prague who resented the Rav asking them to bear the brunt of the taxes placed on the Jewish community. Today, 5 Tammuz, the day he was informed of his impending imprisonment, is a fast day for many of his descendants.

In 5528/1768, during the Heidemarck uprising against the Russian government, approximately 50,000 Ukrainian Jews were killed in the city of Uman and the surrounding area, Hy”d.

Harav Yisrael was the son of Harav Meir Halevi of Apta, the Ohr Lashamayim.

His father, Rav Meir, succeeded to the rabbanus in Apta, Poland, after the Ohev Yisrael, Harav Avraham Yehoshua Heschel, moved to Jassy, Romania. The Ohr Lashamayim led one of the largest flocks of chassidim of the time, drawing from all over Poland and Galicia, and was known for his great kedushah that profoundly affected the chassidic landscape of Poland. Rav Meir was also known for neginah, with which he achieved closeness to Hashem.

Rav Meir was survived by his sons Harav Pinchas and Harav Yisrael. [Many of the chassidim chose Harav Yissochor Dov, the Saba Kadisha of Radoshitz, as their Rebbe.]

Rav Yisrael was widely known as a kadosh v’tahor as he practiced a hallowed lifestyle, eschewing all worldly pleasures for avodas Hashem.

During the lifetime of his father he moved to Stashov, where his father’s brother Harav Mordechai lived. After the petirah of his father the Ohr Lashamayim, he led a sizable flock in Stashov, while his brother remained in their father’s hometown of Apta.

Rav Yisrael, like his father, embodied dveikus in Hashem. He opened the hearts of his fellow Jews through his powerful niggunim of dveikus. Like his father, he was an extraordinary baal tefillah; his heartfelt tefillos would cause every heart to yearn for the Creator.

His son Harav Yaakov Yitzchok of Yavunitch, son-in-law of Harav Menashe of Ropshitz, succeeded him.