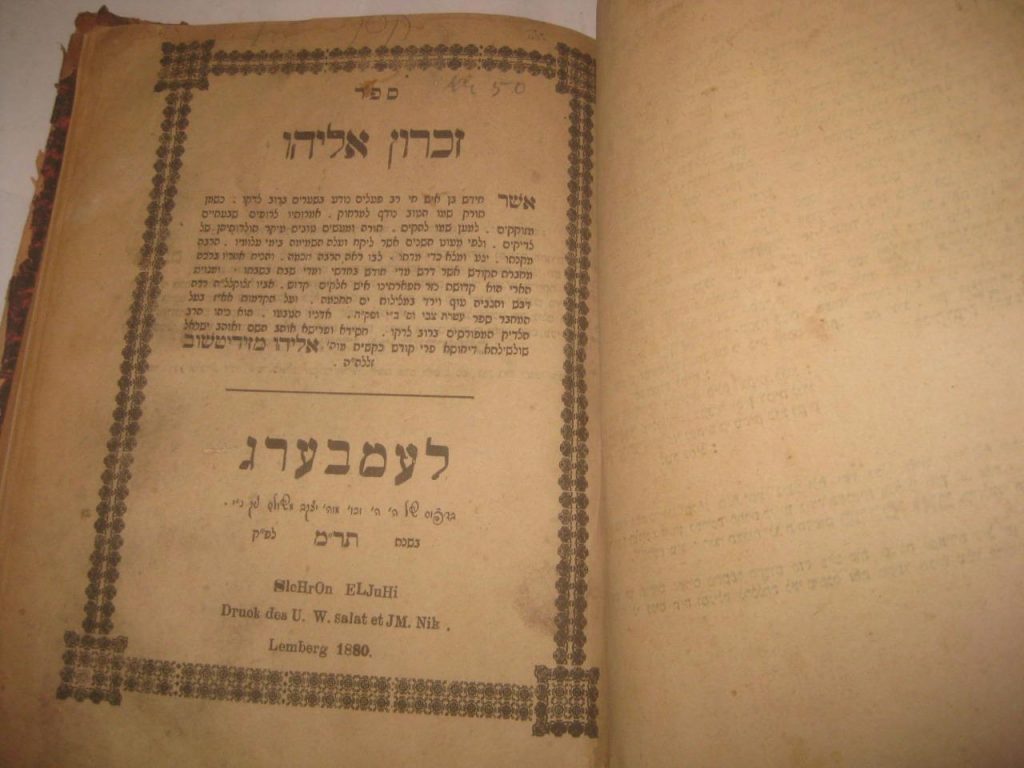 In 5488/1728, the brothers Chaim and Yehoshua Reizes of Lemberg, Hy”d — charged with bringing an apostate back to Judaism — were tortured and executed.

5560/1800, Harav Zev Wolf of Zhitomir, the Ohr Hameir, zt”l. Some say he was niftar on 15 Adar; however, according to a witness, his petirah was on Erev Shavuos.

Harav Eliyahu Eichenstein, born in 5597/1837, was a talmid of his father, Harav Yitzchak Eizik of Ziditchoiv.

Reb Eliyahu married the daughter of Harav Yehudah Leibish Erblich of Rozdohl, who was the son-in-law of Harav Tzvi Hirsh of Rimanov.

As his father’s “right-hand man,” Reb Eliyahu was in charge of the court in Ziditchoiv.

When his father was niftar on 9 Sivan 5633/1873, Reb Eliyahu delivered a fiery hesped which surprised and impressed the people, since he was not yet known as a speaker.

Most of the Chassidim accepted Reb Eliyahu as their new Rebbe, and he stayed on in Ziditchoiv. Reb Eliyahu suffered much persecution as Rebbe, but withstood it all.

In his tzavaah he requested that his Chassidim follow his brother, Harav Yissachar Berish.

Some of his divrei Torah were written down by his talmidim and published as Zichron Eliyahu.

Reb Eliyahu’s sons-in-law were Harav Moshe, who served as Rav in Ziditchoiv, and Harav Asher Rubin of Kratshin.