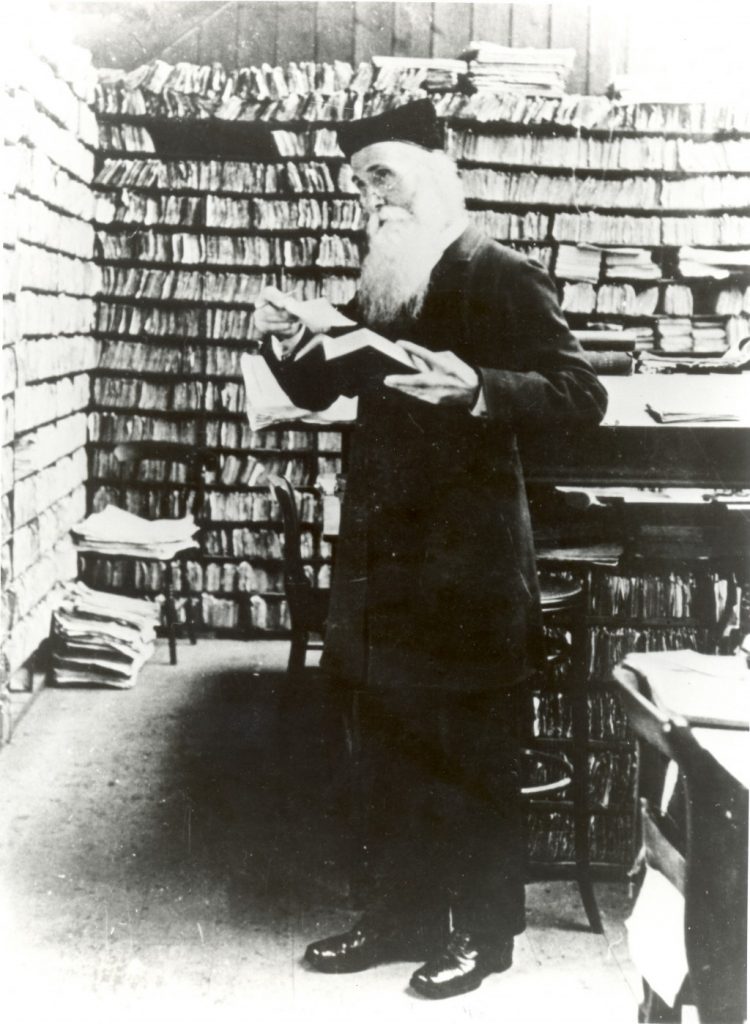 In the time of the Beis Hamikdash, on this date (70 days before Pesach), barley would be planted so it would be ready for the korban omer.

In 2516/1245 B.C.E., the last of the Zekeinim, who continued the unbroken chain of the mesorah, were niftar. Today is a Taanis Tzaddikim commemorating that event. According to some, it took place on 8 Shevat. (See Shulchan Aruch 580:2 and commentaries.) According to some, it occurred 17 years later, in 2531/1230 B.C.E. (Shabbos 105b and Seder Hadoros under Yehoshua.)

In 5500/1740, the Jews of Sicily and Naples were invited to return (after having been expelled) by Charles de Bourbon.

The first rabbinic post to which Reb Shlomo was appointed was in Iniva. In 5633/1873, he was appointed Rav of Luntshitz, where he served as Rav for the next three decades, until his petirah.

His sons were Harav Menachem Nosson Nota, Rav in the Mazkeres Moshe neighborhood, Yerushalayim; and Harav Eliezer, Rav in Luntshitz.

In 1788, Isaac Briggs and William Longstreet patented the steamboat.

In 1790, the U.S. Supreme Court convened for the first time in New York. (However, since only three of the six justices were present, the court recessed until the next day.)

In 1884, the first edition of the Oxford English Dictionary was published.

In 1946, Norwegian statesman Trygve Lie was chosen to be the first secretary-general of the United Nations.

In 1992, Ron Carey was sworn in as the first Teamsters president elected by the union’s rank-and-file.