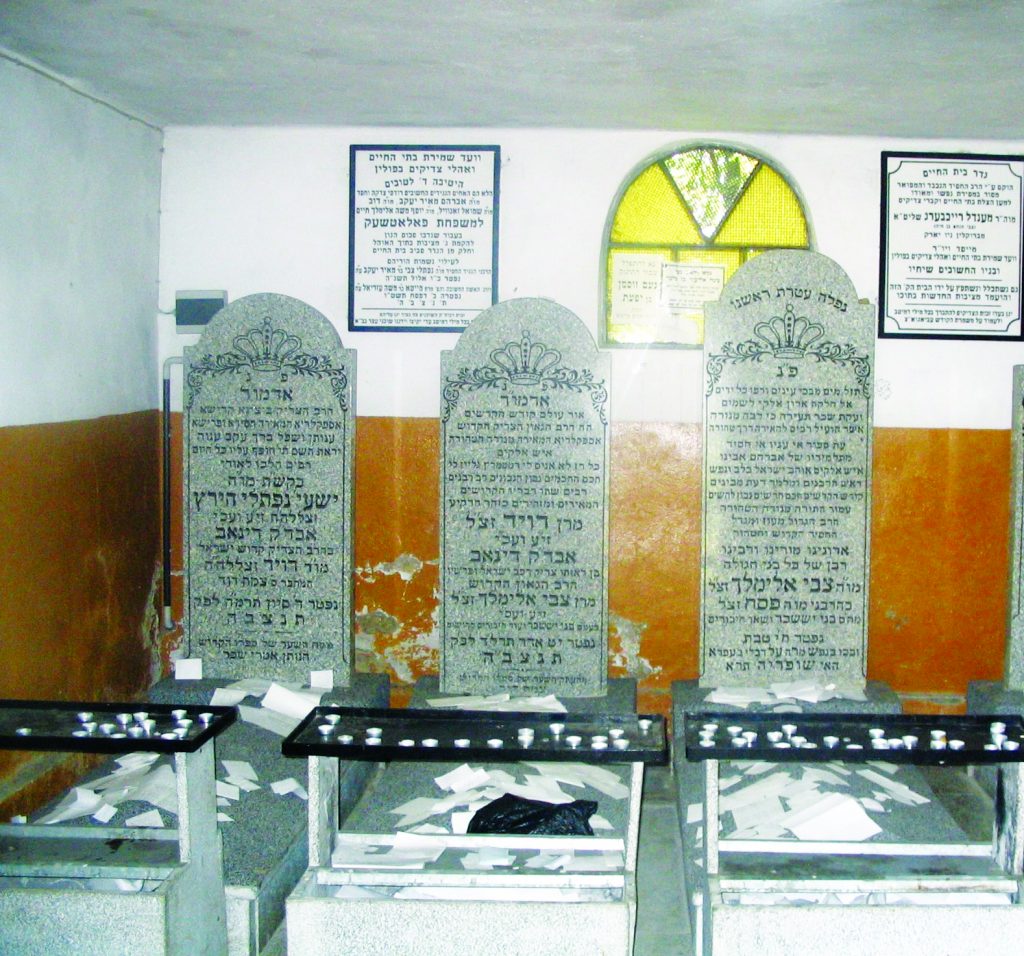 On this day Moshe Rabbeinu wrote down the first 68 perakim of the Torah, from Bereishis to Mattan Torah, and the mitzvos that they were commanded in Marah. (Shemos 24:4; Rashi ibid.). He also taught the seven mitzvos of Bnei Noach.

He married Rebbetzin Udel Rivkah, the daughter of his uncle Harav Elazar Shapiro of Lantzut, zt”l, the Yodei Binah.

After his father’s petirah in 5634/1874, he succeeded as Rav in Dinov as well as a Rebbe of chassidim.

When the Divrei Chaim of Sanz married off his daughter to Harav Aharon of Beitch, he honored Rav Yeshayah Naftali Hertz with siddur kiddushin, although he was young at the time. The Divrei Chaim explained his choice by saying that a mesader kiddushin needs to be a yerei Shamayim, and this yungerman was total yirei Shamayim.

Rav Yeshayah Naftali Hertz was niftar young, at the age of 47. His brother-in-law, the Shem Shlomo of Munkatch, zt”l, remarked that his body could no longer contain his holy neshamah.

His son-in-law and successor, Harav Yosef Shapiro of Dinov, zt”l, published his divrei Torah in the sefer Hanosen Imrei Shefer.

In 1652, Rhode Island became the first American colony to pass a law abolishing African slavery; however, the law was apparently never enforced.

In 1998, the U.S. government filed an antitrust case against Microsoft, saying the powerful software company had a “choke hold” on competitors that was denying consumers important choices about how they bought and used computers. (The Justice Department and Microsoft reached a settlement in 2001.)