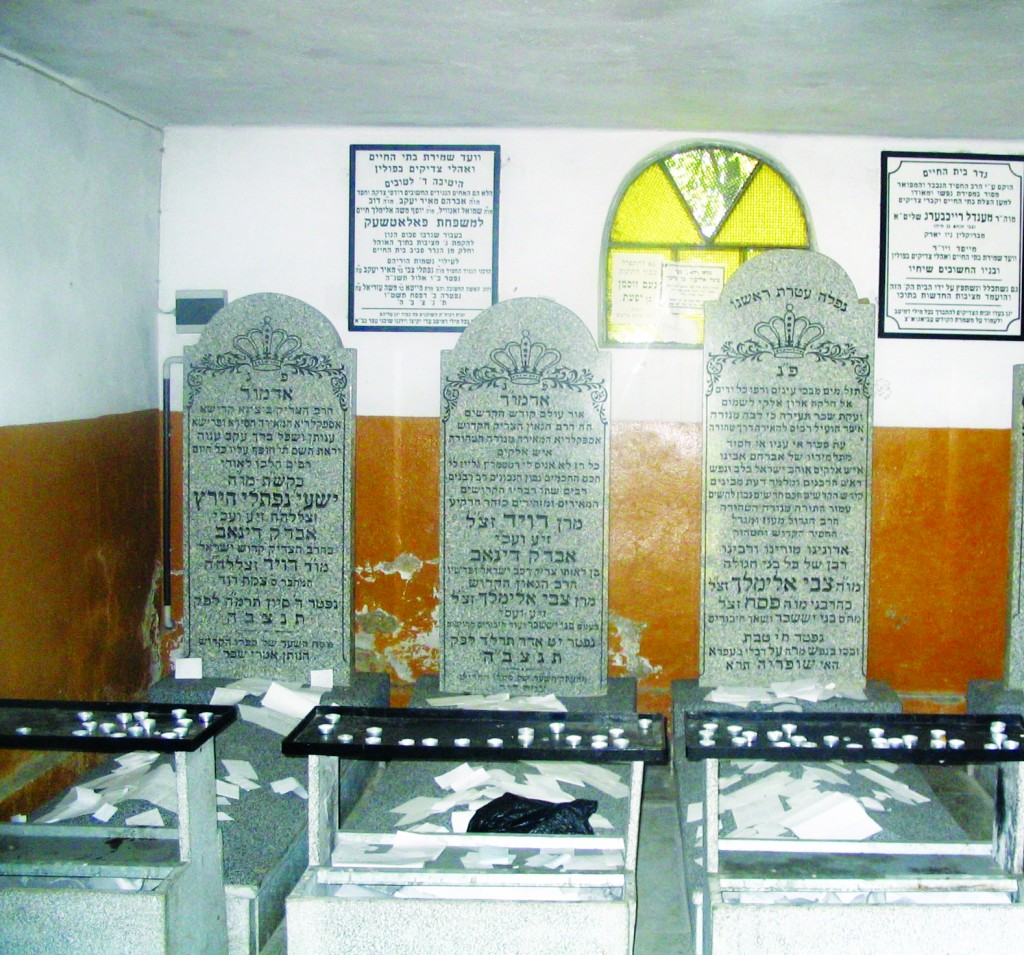 On this day Moshe Rabbeinu wrote down the first 68 perakim of the Torah, from Bereishis to Mattan Torah, and the mitzvos that they were commanded in Marah. (Shemos 24:4; Rashi, ibid.). He also taught the seven mitzvos of Bnei Noach.

He married Rebbetzin Udel Rivkah, the daughter of his uncle Harav Elazar Shapiro of Lantzut, zt”l, the Yodei Binah.

After his father’s petirah in 5634/1874, Reb Yeshayah Naftali succeeded him as Rav in Dinov as well as a Rebbe of the Chassidim.

When the Divrei Chaim of Sanz married off his daughter to Harav Aharon of Beitch, he honored Reb Yeshayah Naftali Hertz with siddur kiddushin, although he was young at the time. The Divrei Chaim explained his choice by saying that a mesader kiddushin needs to be a yerei Shamayim, and this yungerman was totally yerei Shamayim.

Reb Yeshayah Naftali Hertz was niftar young, at the age of 47. His brother-in-law, the Shem Shlomo of Munkacs, zt”l, remarked that his body could no longer contain his holy neshamah.

His son-in-law and successor, Harav Yosef Shapiro of Dinov, zt”l, published his divrei Torah in the sefer HaNosen Imrei Shefer.

In 1863, during the Civil War, Union Maj. Gen. William T. Sherman wrote a letter to his wife, in which he commented, “Vox populi, vox humbug” (the voice of the people is the voice of humbug).

In 1864, after decades of scorched-earth warfare, leaders of the Circassians, a Muslim ethnic group in the Caucasus region, surrendered in Sochi to the army of the Russian Empire, which proceeded to expel hundreds of thousands of Circassians.

In 1924, Congress passed a measure that was then signed by President Calvin Coolidge guaranteeing full American citizenship for all Native Americans born within U.S. territorial limits.

In 1966, the U.S. space probe Surveyor 1 landed on the moon and began transmitting detailed photographs of the lunar surface.

In 1997, Timothy McVeigh was convicted of murder and conspiracy in the 1995 bombing of the Alfred P. Murrah Federal Building in downtown Oklahoma City. (He was executed in June 2001.)

In 1999, South Africans went to the polls in their second post-apartheid election, giving the African National Congress a decisive victory; retiring president Nelson Mandela was succeeded by Thabo Mbeki.