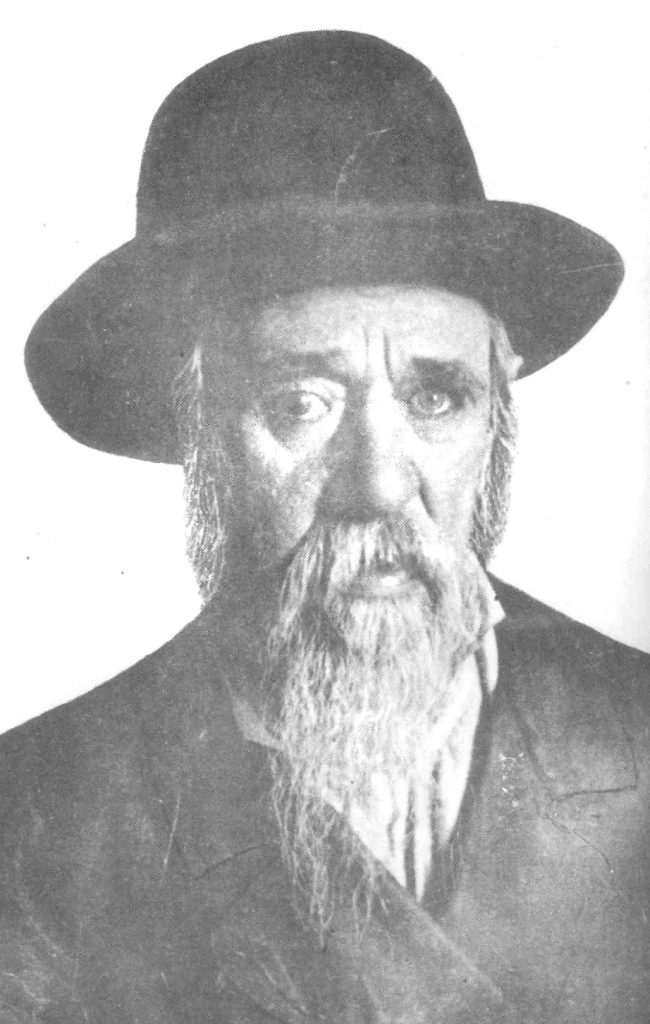 Harav Yochanan of Rachmistrivke was born in 5576/1816; his parents were Harav Mordechai, zy”a, known as the Maggid of Chernobyl, and Rebbetzin Feige, a”h, the daughter of Harav David Leikes, z”l, a talmid of the Baal Shem Tov.

He was the youngest of eight brothers, each of whom became a Rebbe. They were: Harav Aharon of Chernobyl; Harav Moshe of Koristchov; Harav Yisrael Yaakov of Cherkass; Harav Nachum of Makarov; Harav Avraham, the Maggid of Trisk; Harav Dovid of Tolna; and Harav Yitzchok of Skver, zechusam yagein aleinu.

From early childhood Rav Yochanan was known for his tzidkus and humility, epitomizing preciseness in every facet of Torah and mitzvos.

When the Maggid of Chernobyl was niftar, his sons gathered to divide his spiritual inheritance. One took his kind heart, another took his sharp mind, and so on. Rav Yochanan wanted to take his father’s gornisht, his nothingness — meaning his father’s deep humility. But when his brother Harav Moshe of Koristchov took the gornisht, Rav Yochanan was left with gor gornisht, absolutely nothing, and he was pleased. Indeed, he was distinguished by his profound humility and self-negation.

Unlike his brothers, Rav Yochanan did not begin to lead Chassidim immediately upon his father’s petirah; instead, he stayed with his brother’s court in Chernobyl. But a few years later he succumbed to the entreaties of the Chassidim and set up a court in Rachmistrivke in order to strengthen Yiddishkeit and chassidus in that particular area.

Rachmistrivke was a town in western Russia, now located in eastern Ukraine. Rav Yochanan would travel to his Chassidim in the surrounding villages to give them chizuk and to accept their kvitlach.

He once arrived in a certain town where almost all the townspeople came out to greet him. One resident, however, resented the honor being shown the Rebbe and told him, “You claim to be so humble. Why do you think you deserve all this honor?”

The Rebbe replied, “I really don’t know why people give me all this honor. But if they do, it must be retzon Hashem. If so, it is correct for people to respond to me as they do.”

He survived all of his brothers and was revered and beloved by the Chassidim of the Chernobyler dynasty. He was niftar on 4 Nisan 5655/1895, and buried in Rachmistrivke.

His sons were Harav Dovid of Zlotipoli, zy”a, who led an eidah in his father’s lifetime; Harav Mordechai, Harav Nochum and Harav Zev, zechusam yagein aleinu, who succeeded their father in Rachmistrivke where they led his court together.

In 1815, Napoleon Bonaparte returned to Paris after escaping his exile on Elba, beginning his “Hundred Days” rule.

In 1852, Harriet Beecher Stowe’s influential novel about slavery, Uncle Tom’s Cabin, was first published in book form after being serialized.

In 1854, the Republican Party of the United States was founded by slavery opponents at a schoolhouse in Ripon, Wisconsin.