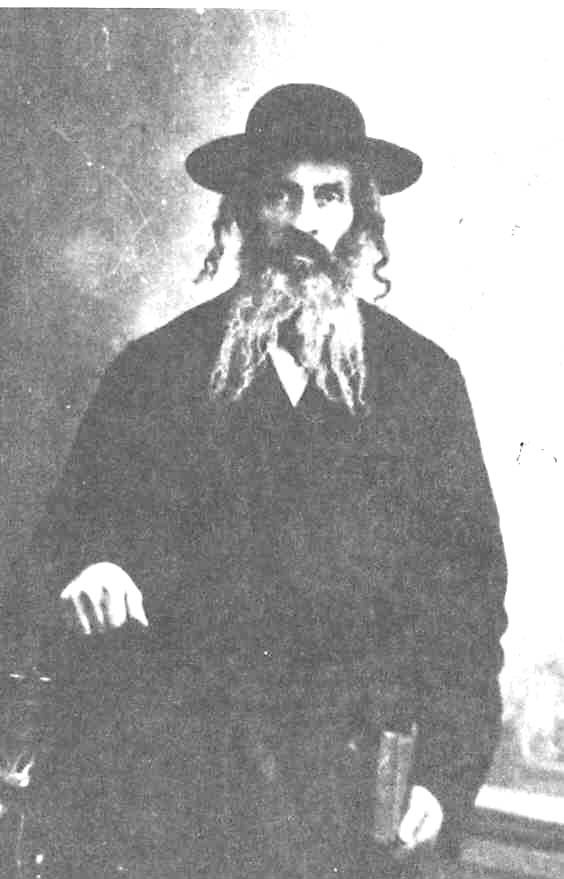 In 3317, Nechemiah began to construct a wall around Yerushalayim. The construction lasted 52 days.

Harav Yehoshua Heschel of Chenchin-Elkosh was born in 5620/1860 to Harav Chaim Shmuel of Chenchin and Rebbetzin Rachel, daughter of Harav Yosef Baruch Epstein, zy”a, the Gutter Yid of Neustadt, son of the Maor Vashemesh, zy”a. He was named after his grandfather, Harav Yehoshua Heschel of Komarna, zy”a, the son of the Baruch Taam. In his childhood, he grew up under the tutelage of the Gutter Yid.

He davened with a great intensity from his youth. He did not understand that this was unusual until he overheard some adults saying, “What is real davening? The way Heschele davens.”

At his tischen, Rav Yehoshua Heschel hardly spoke, but when he did, every word was a diamond. The Rebbe demanded of his Chassidim that they pursue shleimus in every area of avodas Hashem.

When the Holocaust began, the Rebbe was aware of events and had the opportunity to escape to Eretz Yisrael, but refused. He would not leave his Chassidim.

In the summer of 5703/1943, the Rebbe was found hiding with his family in a bunker in the ghetto near Sosnowitz. The Nazis ordered everyone to leave, but the Rebbe was too weak, so he remained behind with his granddaughter Frieda. The commander ordered a soldier to go in and shoot the tzaddik, but the soldier rushed out of the bunker crying, “He is a saint!” Then the Nazis sent Jewish workers to carry the tzaddik out on pain of death. The Jewish workers removed the Rebbe from the bunker donned in his Shabbos attire carrying his tallis and tefillin, ready to perform the mitzvah of kiddush Hashem.

From there the Rebbe and a large group of Jews were shipped to Auschwitz. The entire group was sacrificed al kiddush Hashem, from what is known, on 4 Av 5703/1943, Hy”d.

In 1790, a site along the Potomac River was designated the permanent seat of the United States government; the area became Washington, D.C.

In 1935, the first parking meters were installed in the United States, in Oklahoma City.

In 1945, the United States exploded its first experimental atomic bomb in the desert of Alamogordo, New Mexico; the same day, the heavy cruiser USS Indianapolis left Mare Island Naval Shipyard in California on a secret mission to deliver atomic bomb components to Tinian Island in the Marianas.

In 1969, Apollo 11 blasted off from Cape Kennedy on the first manned mission to the surface of the moon.

In 2002, the Irish Republican Army issued an unprecedented apology for the deaths of “noncombatants” over 30 years of violence in Northern Ireland.