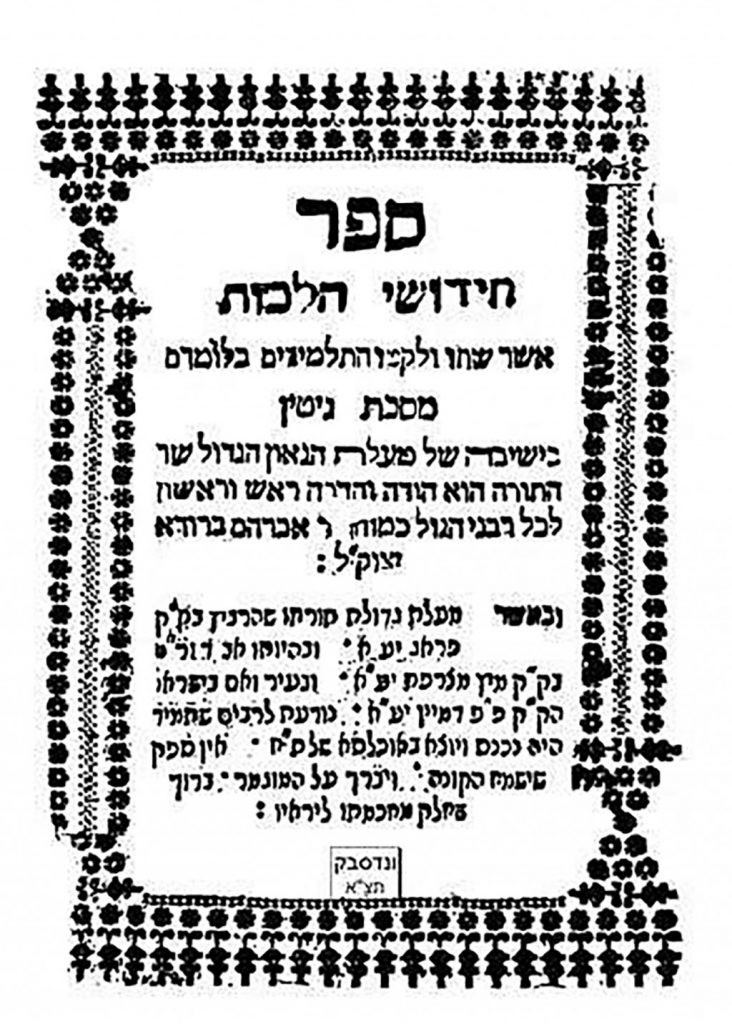 According to some opinions, today is the last day one may recite Birkas Ha’ilanos.

Harav Avraham Broide was the son of Harav Shaul.

In his youth he was the talmid of Harav Yitzchak Isaac Charif.

Rav Avraham served as a Rosh Yeshivah in Prague. His yeshivah attracted many talmidim because of his unique derech halimud of comparing and contrasting sugyos with one another.

His love of his talmidim was boundless; Rav Avraham paid all the expenses of those who came from impoverished homes.

Rav Avraham replaced Harav Naftali Hakohen Katz as Rav of Prague. Later on he was appointed Rav of Metz, and his last rabbanus was in Frankfurt.

Printed in his sefer Toldos Avraham is a description of the end of his life. The passuk “Adam ki yamus atzmo baohel [shel Torah]” was truly fulfilled; less than half an hour before his petirah he was still discussing a complex sugya.

Among his sifrei chiddushim are Eshel Avraham on Pesachim, Chulin, Bava Kama, Bava Metzia and Gittin; Toldos Avraham on Kiddushin and Kesubos; and Shmata Chadata on Kesubos.

Many of his teshuvos were also published in contemporary sifrei she’eilos u’teshuvos such as Chacham Tzvi and Me’il Tzedakah.

In 1607, English colonists went ashore at present-day Cape Henry, Virginia, on an expedition to establish the first permanent English settlement in the Western Hemisphere.

In 1964, the African nations of Tanganyika and Zanzibar merged to form Tanzania.

In 1972, the first Lockheed L-1011 TriStar went into commercial service with Eastern Airlines.

In 1986, an explosion and fire at the Chernobyl nuclear power plant in Ukraine (then part of the Soviet Union) caused radioactive fallout to begin spewing into the atmosphere. Dozens of people were killed in the immediate aftermath of the disaster, while the long-term death toll from radiation poisoning is believed to number in the thousands.