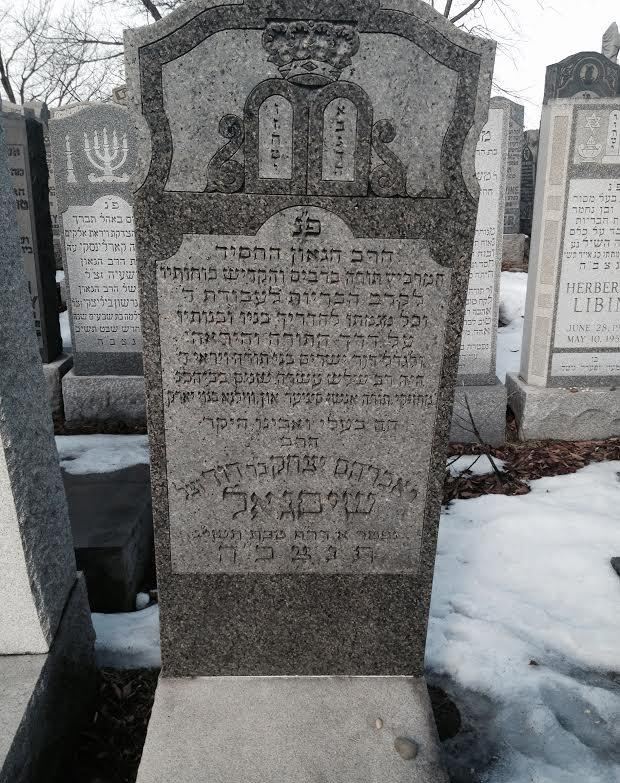 In 5109/1348, when the Black Death raged, Jews of Augsburg, Germany, were killed al kiddush Hashem, Hy”d. Augsburg is a city in south-central Germany. For many more years Jews were severely persecuted in Augsburg.

Harav Shisgal was born in the city of Rostov, Russia, in 1890, to his father Reb Dovid and his Rebbetzin, a family of greatly esteemed bnei Torah.

He married his Rebbetzin, Charna, daughter of Reb Elimelech, circa 1914.

From 1916 to 1923 he served as Rav in his native Rostov. In 1925 he and his family arrived in the United States; initially he accepted a rabbinical position in Pawtucket, Rhode Island. Eight years later the family moved to New York where he became Rav at Kehillas Vizhnitz Anshei Marmarush in Brooklyn. Other shuls he served included Kehillas Anshei Yedvavna, and Kehillas Machzikei Torah Anshei Szeged-Vilna in downtown Manhattan, which he headed for 13 years.

Rav Shisgal was active in Agudas Harabbanim, Agudath Israel of America and the Vaad Harabbanim of New York. He was active in many Torah causes, and especially for Chinuch Atzmai. He was also active in girls’ chinuch and helped build a Bais Yaakov. He was recognized for his gadlus in Torah, his wisdom and for his speaking talents.

His matzeivah tells us that he “dedicated his kochos to being marbitz Torah b’rabbim and bringing Yidden closer to avodas Hashem.”

The Shisgals had several sons and daughters, including Harav Eliyahu Moshe, zt”l, who served as a Maggid Shiur in Yeshiva Torah Vodaas and was a much beloved son-in-law of Hagaon Harav Moshe Feinstein, zt”l, making Rav Avrohom Yitzchok a mechutan of the Gadol Hador. Another son, Harav Dovid, was considered one of the leading members of the Kollel of Beis Medrash Elyon in Spring Valley.

In 1787, New Jersey became the third state to ratify the U.S. Constitution.

In 1863, in a speech to the Prussian Parliament, Prime Minister Otto von Bismarck declared, “Politics is not an exact science.”

In 1865, the 13th Amendment to the Constitution, abolishing slavery, was declared in effect by Secretary of State William H. Seward.

In 1917, Congress passed the 18th Amendment to the U.S. Constitution prohibiting “the manufacture, sale, or transportation of intoxicating liquors” and sent it to the states for ratification.