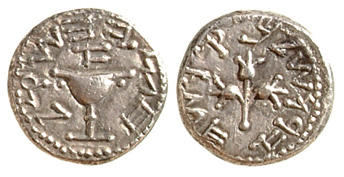 Today’s date, 30 Adar, is a rarity; it exists only in a leap year. Otherwise, the month of Adar contains only 29 days, as the Gemara discusses in Maseches Rosh Hashanah Daf 19.

Harav Aharon Moshe’s father was a Swedish nobleman. He and his wife were drawn to Yiddishkeit and eventually became geirei tzedek. Their young son, later named Aharon Moshe Yitzchak, converted to Judaism along with his parents.

As a child, Rav Aharon Moshe learned Torah with great devotion and diligence. At his bar mitzvah, to everyone’s astonishment, he delivered his very own chiddushei Torah. Subsequently he grew truly great in Torah and yiras Shamayim.

The renowned Rav Shaul, author of Binyan Ariel, Rav of Amsterdam, learned of Rav Aharon Moshe’s greatness and invited him to serve as Dayan in his kehillah. Rav Aharon Moshe acceded to the request and became Dayan.

When Rav Shaul was niftar, Harav Aharon Moshe Yitzchak succeeded him, becoming Rav of the kehillah. He fulfilled this sacred position meticulously and was beloved by all. He was Rav for 10 years, until his petirah.

During all those years, even as pressing community matters occupied his time, he remained loyal to his ingrained hasmadah, spending days and nights toiling in Torah. Although a controversy clouded the reputation of the Adas Yeshurun Kehillah of which he was Rav, and many Gedolei Yisrael disapproved of it, his personal reputation as a tzaddik gamur remained unsullied.

In 1864, President Abraham Lincoln assigned Ulysses S. Grant, who had just received his commission as lieutenant-general, to the command of the Armies of the United States.

In 1876, Alexander Graham Bell’s assistant, Thomas Watson, heard Bell say over his experimental telephone: “Mr. Watson — come here — I want to see you” from the next room of Bell’s Boston laboratory.