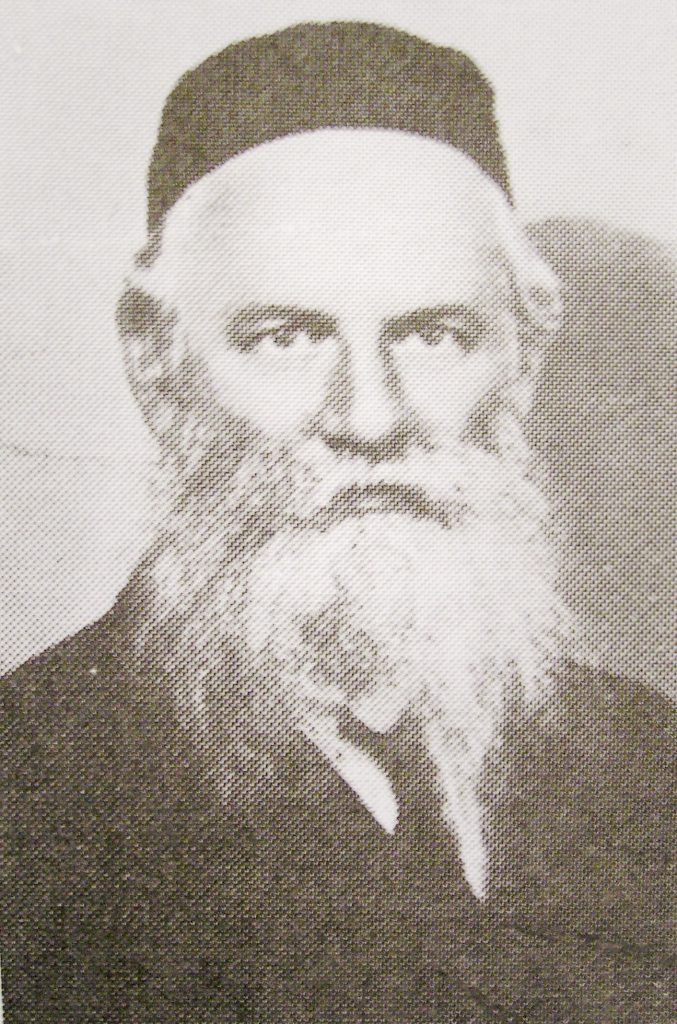 The influence of Reb Yosef Yonah Horowitz’s grandfather, the Be’er Shmuel, powerfully influenced his upbringing, along with the input and strong chinuch of his own parents. Even at a young age, while in his grandfather’s renowned yeshivah in Unsdorf, he excelled in his understanding of Gemara.

He received semichah from both his grandfather, the Be’er Shmuel and the Radomishler Rav, Harav Shmuel Engel, zt”l.

In 5689/1929, Reb Yosef Yonah moved on to the Rabbanus in Frankfurt, Germany. It was this position that became the stepping-stone to a narrow escape from the Nazi reign of terror.

In that prewar decade, as Rav of Frankfurt, Reb Yosef Yonah established the only reliable beis din in Germany, to which the most complex halachic issues were referred. During that time, he accepted, as well, the exalted position of Nasi Agudas Yisrael.

He relocated to Holland, where his family later joined him. He became a Rav in England to families who had relocated from London to the suburb of Letchworth.

Friends from America urged him to resettle in that country. Thus, in 1950, Reb Yosef Yonah spearheaded the building of Yeshiva and Mesivta Be’er Shmuel of Boro Park.

In 1965 he moved on, leaving ybl”c his son Harav Moshe Horowitz at the helm of the yeshivah and of Khal Unsdorf, Be’er Shmuel d’Boro Park. He followed his heart to Bnei Brak in Eretz Yisrael. He turned down many offers to build an Unsdorfer yeshivah there — as he wanted to be a simple Yid, able to serve Hashem.

In 1867, U.S. Secretary of State William H. Seward reached agreement with Russia to purchase the territory of Alaska for $7.2 million (the rough equivalent of $125 million today), a deal ridiculed by critics as “Seward’s Folly.”

In 1870, the 15th Amendment to the U.S. Constitution, which prohibited denying citizens the right to vote and hold office on the basis of race, was declared in effect by Secretary of State Hamilton Fish.

In 1923, the Cunard liner RMS Laconia became the first passenger ship to circle the globe as it arrived in New York.