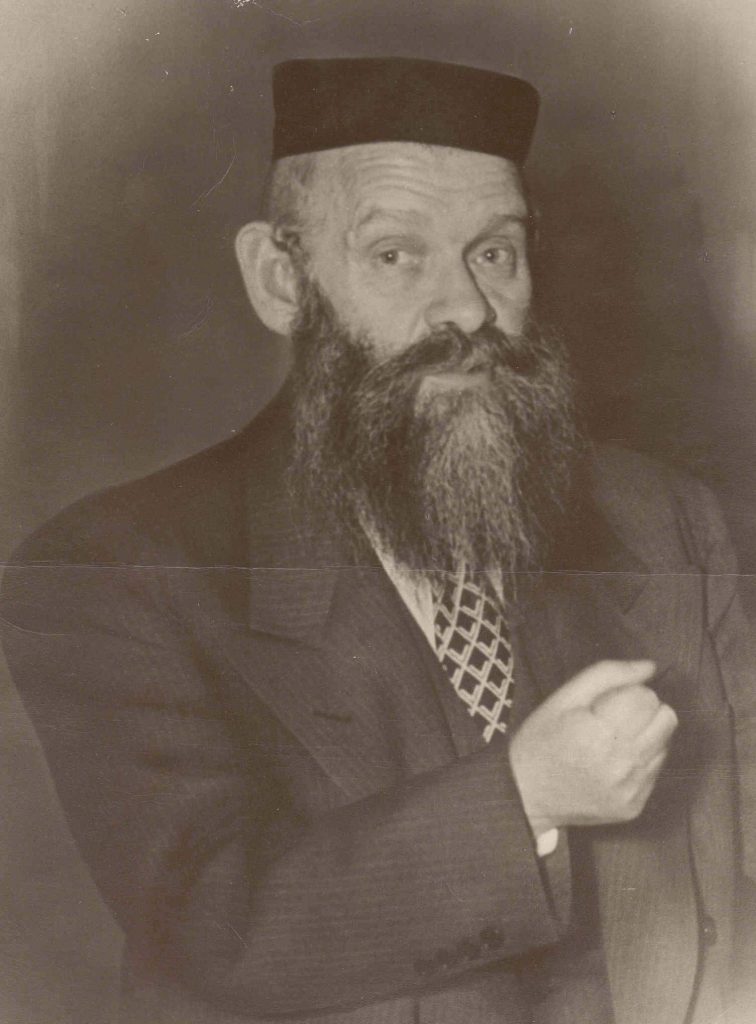 In 4949/1189, the day that King Richard was crowned, Christian mobs converged on the Jews, killing many, Hy”d. Richard had forbidden Jews to attend his coronation; some Jewish leaders showed up to present gifts to him.

Richard’s courtiers flogged them, then flung them out. The people of London joined in the persecution of the Jews, and a massacre began. Many Jews were beaten to death; others were robbed and burned alive. At least one was forcibly baptized. Some managed to escape badly wounded.

Harav Shraga Feivel was born and raised in the village of Vilag, Hungary. After his bar mitzvah he went to learn in the great yeshivos in Chust, Unsdorf and Pressburg.

In 5673/1913, when he was 27 years old, Rav Shraga Feivel escaped to America to avoid conscription in the Austro-Hungarian army. After he arrived, but before he had a chance to send for his wife and two young children, World War I broke out, cutting him off from his family completely for six long years.

He settled in Scranton, Penn., where he embarked on his first foray into the early-twentieth-century American chinuch scene. In 5681/1921 Rav Shraga Feivel moved to the Williamsburg section of Brooklyn.

In 5683/1923 Rav Shraga Feivel began his career as an eighth-grade Rebbi. Eighth grade was the highest class in Yeshivah Torah Vodaath. His natural love of Torah was infectious, and his classes, whether in Gemara, Chumash or Neviim, were brought to life by his love and enthusiasm.

Soon, Rav Shraga Feivel became principal. Under his leadership the yeshivah flourished. Yet he realized that an elementary school yeshivah education alone was insufficient. A mesivta high school, a revolutionary idea then, was an absolute necessity.

Mesivta Torah Vodaath opened its doors and became the most effective tool in the fight against assimilation in America.

Much more than a Menahel or Mashgiach he nevertheless insisted on being called simply Mr. Mendlowitz.

His utter selflessness was mind-boggling. He would send his best talmidim to help start other yeshivos, even though his own yeshivah might suffer.

When Harav Yitzchak Hutner, zt”l, assumed the leadership of Yeshivas Rabbeinu Chaim Berlin, then in Brownsville, Rav Shraga Feivel announced that whoever lived closer to Brownsville would need to learn there.

Rav Shraga Feivel founded Torah Umesorah with the goal of setting up a day school in every major city in America, a goal which was eventually achieved. In his later years he founded Beis Medrash Elyon in Monsey for advanced students.

In 1848, the Oregon Territory was created.

In 1900, international forces, including U.S. Marines, entered Beijing to put down the Boxer Rebellion, which was aimed at purging China of foreign influence.

In 1917, China declared war on Germany and Austria during World War I.