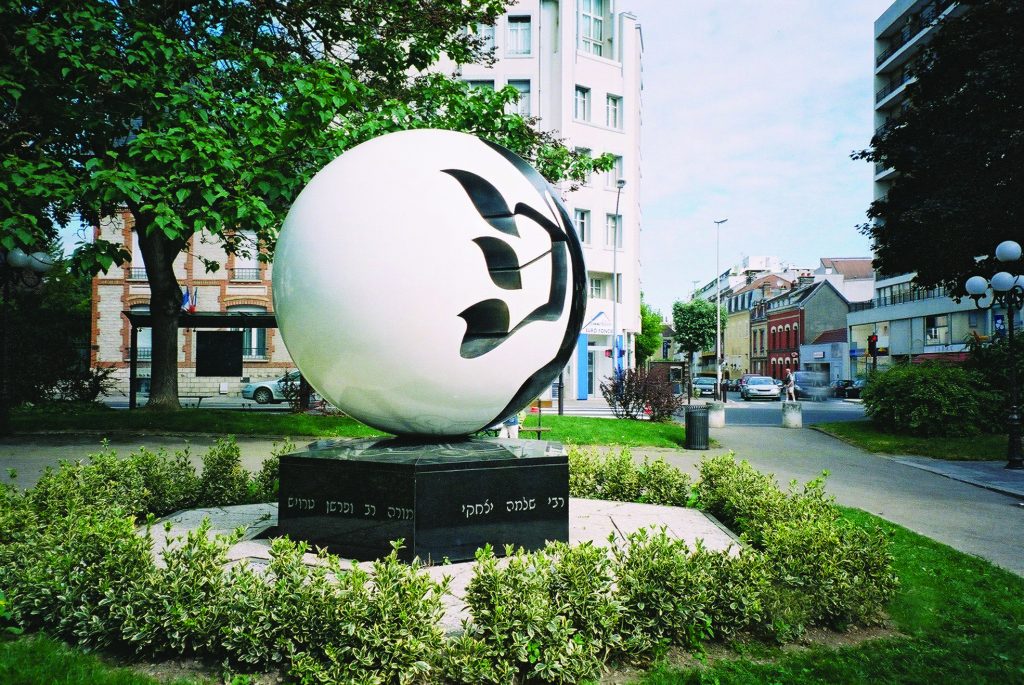 The name Rashi is an acronym for Rabbeinu Shlomo Yitzchaki.

The Seder Hadoros relates the well-known story about Rashi’s birth: Rashi’s father, Rabbeinu Yitzchak, zt”l, possessed a priceless gem that the Gentiles sought to acquire at any price to adorn their church. Rabbeinu Yitzchak adamantly refused to sell it to them.

At one point, they cornered him on a ship, where they tried to force him to sell it. Determined that his gem should not be used for an unholy purpose, Rabbeinu Yitzchak cast the diamond into the ocean, forfeiting a huge fortune. As a reward, it was declared in Heaven that Rabbeinu Yitzchak would be privileged to father a son who would light up the world with his greatness.

Rashi’s distinguished talents and diligence in Torah study were apparent at a very young age, and when he was old enough to travel, he went to study in the yeshivos of the talmidim of Rabbeinu Gershom.

Eventually, Rashi returned to Troyes, where he established a yeshivah that attracted many students from France and Germany. Rashi never accepted any salaried rabbinical position; at one point he earned his livelihood as a wine merchant. (Troyes, where Rashi lived, was the capital of the “Champagne Region” of Northern France.)

The reverence accorded to Rashi’s peirush is extraordinary. The Ramban writes, “If one departs from the words of Rashi, it is as if he has departed from life itself.”

Incidentally, the well-known “Rashi script” is not the script Rashi himself used. These letters were introduced in the late 1400s by Italian printers, since usage of this font allows one to squeeze more words on each line. The first known sefer to be printed on a printing press was Rashi on Chumash, which was printed without the text of the Chumash, in Italy in 1475.

Amazingly, Rashi accomplished all of his writing during the period of the Crusades, when life was extremely difficult and dangerous for the Jews.

Many tzaddikim considered learning Rashi to be a segulah to achieve yiras Shamayim in avodas Hashem.

Rashi was niftar on 29 Tammuz as he was writing his peirush on Maseches Makkos; his holy neshamah departed as he wrote the word tahor, on daf 19 amud 2. The general consensus is that he was buried in Troyes.

In recent times a matzeivah was erected in the area in which Rashi is buried.

In 1862, during the Civil War, President Abraham Lincoln signed a bill authorizing the Army Medal of Honor.

In 1909, the House of Representatives joined the Senate in passing the 16th Amendment to the U.S. Constitution, allowing for a federal income tax, and submitted it to the states. It was declared ratified in February 1913.

In 1957, President Dwight D. Eisenhower was flown by helicopter from the White House to a secret mountaintop location as part of a drill involving a mock nuclear attack on Washington.

In 1960, the Etch A Sketch Magic Screen drawing toy, invented by French electrician Andre Cassagnes, was first produced by the Ohio Art Co.