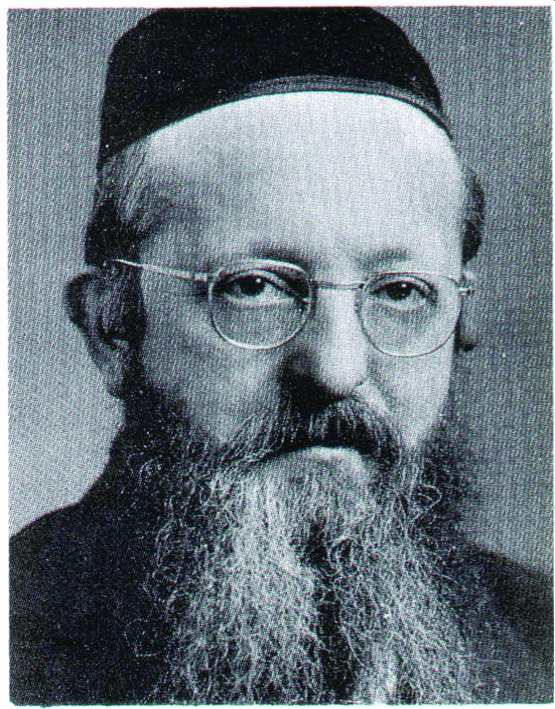 In 5681/1921, three Jews were killed and many were wounded by an Arab mob in Petach Tikvah.

Harav Mordechai Shalom Yosef was born on 17 Kislev 5656/1895 in Sadigura. His parents were Rav Aharon, son of Rav Yisrael, the Ohr Yisrael of Sadigura, and Rebbetzin Sarah Sheindel Roiza, daughter of Reb Shalom Yosef, son of the first Rebbe of Husyatin.

Reb Mordechai Shalom Yosef studied under his father until the age of 10. When he was 12, he was spending untold hours learning, determined to finish all of Shas twice before becoming bar mitzvah.

At that time, he became engaged to Mirel Mira, daughter of Rav Yisrael Shalom Yosef of Mezhibuz. The chasunah took place five years later. By then, both the chassan and the kallah had lost their fathers.

After his wedding, he became Rebbe and led his flock with wisdom, kindness and nobility. However, this idyllic period lasted only two years, until the outbreak of World War I, when the Rebbe was forced to flee to Vienna. There, he opened his home to all, and upon the conclusion of the war took an active part in the reconstruction of authentic Jewish life.

As soon as travel became possible after WWI, the Rebbe began making circuits throughout Poland and Galicia to visit the kevarim of his ancestors and to attend to his Chassidim. Reb Mordechai Shalom Yosef decided in 5683/1923 to open a yeshivah gedolah in Przemysl, in addition to the yeshivah ketanah, naming it Yeshivas Meshivas Nafesh. In time the yeshivah opened a branch in the town of Yosepov-Lubalsky. Finally, in 5694/1934, the Rebbe moved to Przemysl himself, his last stop in the Diaspora before moving to Eretz Yisrael.

Throughout the years, the Rebbe encouraged his Chassidim to settle in Eretz Yisrael. A few months before the outbreak of World War II, the Rebbe made a second trip to Eretz Yisrael. His uncle, Reb Yisrael of Husyatin, who had settled there a few years earlier, urged him to stay. Reb Mordechai Shalom Yosef agreed, and was able to bring his entire family over at the last moment before the outbreak of war. He settled in Tel Aviv and founded a beis medrash.

The Rebbe suffered poor health in his later years, but continued his avodas hakodesh until his petirah on 29 Nisan 5739/1979. During his last evening, he recited Viduy and the Krias Shema of the Ari. In the morning he arose, washed his hands, recited Asher Yatzar, asked for some water to say Shehakol, lay down and returned his soul to his Creator.

The Rebbe was buried in the Nachalas Yitzchak cemetery in Tel Aviv.

In 1507, a world map produced by German cartographer Martin Waldseemueller contained the first recorded use of the term “America,” in honor of Italian navigator Amerigo Vespucci.

In 1915, during World War I, Allied soldiers invaded the Gallipoli Peninsula in an unsuccessful attempt to take the Ottoman Empire out of the war.

In 1945, during World War II, U.S. and Soviet forces linked up on the Elbe River, a meeting that dramatized the collapse of Nazi Germany’s defenses.

In 1945, delegates from some 50 countries gathered in San Francisco to organize the United Nations.