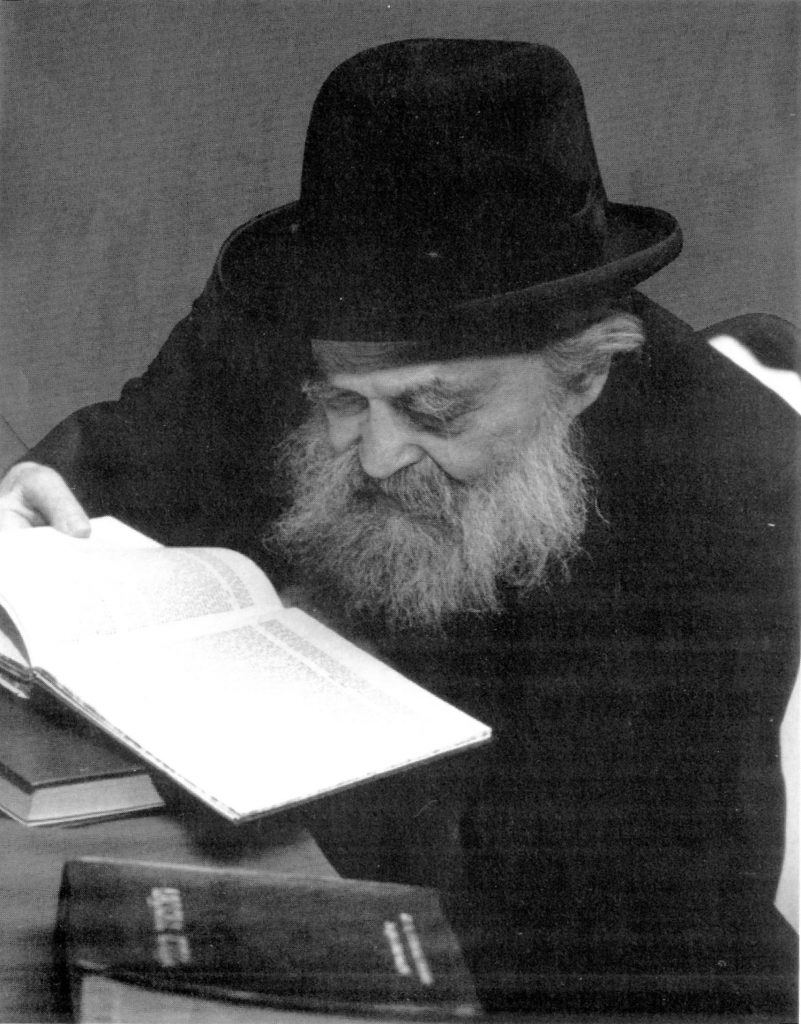 Harav Yaakov was born to Reb Binyomin Kamenetsky, an honest and righteous timber-dealer and owner of a large flour mill, in the village of Klushkovka, located in the Vilna province, on 21 Adar I 5651/1891. In his early childhood, his family moved to Chattowitz, near Minsk, and then to Dolhinov, a large town near Vilna with a large Jewish population. He studied with a private tutor until he began to learn Gemara at Dolhinov’s yeshivah ketanah.

Reb Yaakov later pointed out that had it not been for this move, he would probably have grown up an ordinary businessman and would never have absorbed the unquenchable love of Torah that was prevalent there.

He progressed so rapidly that a few years later, during the course of one winter, Reb Yaakov completed the entire Maseches Kiddushin.

Soon after, he left Dolhinov to study in Minsk. Reb Yaakov joined the Slabodka Yeshivah, where he became known as the Dolhinover iluy or “Yankel Dolhinover.”

During WWI he took refuge in Lomza, in the yeshivah of Harav Yechiel Michel Gordon, zt”l. On 22 Sivan 5679/1919, he married Rebbetzin Ita Ettel, daughter of the Mashgiach Harav Ber Hirsch Heller, zt”l, known in Slabodka as “Der Yunger Mashgiach.” From 5681/1921 to 5686/1926, he learned in a kollel in Slabodka that was known for its distinguished members, and he subsequently took on the Rabbanus of Tzitivian, a small town in Lithuania, which enabled him to continue his studies.

In 5697/1937, he left for America. His plan was to collect money for the Slabodka Kollel and other causes. However, his future lay in being the manhig hador, so Hashgachah forced him to stay in North America, where he was first appointed Rav in Seattle, and later in Toronto.

In 5705/1945, he acceded to the request of Harav Shraga Feivel Mendelovitz, zt”l, to assume the position of Rosh Yeshivah in Mesivta Torah Vodaas.

In 5739/1979, when the large immigration of Russian Jews into Eretz Yisrael and America began, Reb Yaakov’s happiness knew no bounds.

He lived the last 19 years of his life in Monsey, N.Y., where he continued his great efforts on behalf of Klal Yisrael.

Reb Yaakov was niftar on Monday, 29 Adar I 5746/1986, eight days after his 95th birthday; he was buried in America, since he pointed out that most of his family would not always be able to travel to his kever if he were buried in Eretz Yisrael. This last request is yet another indication of his extreme care for the feelings of others.

His chiddushim were printed in his sefarim, Emes L’Yaakov, on Torah and on Shas.