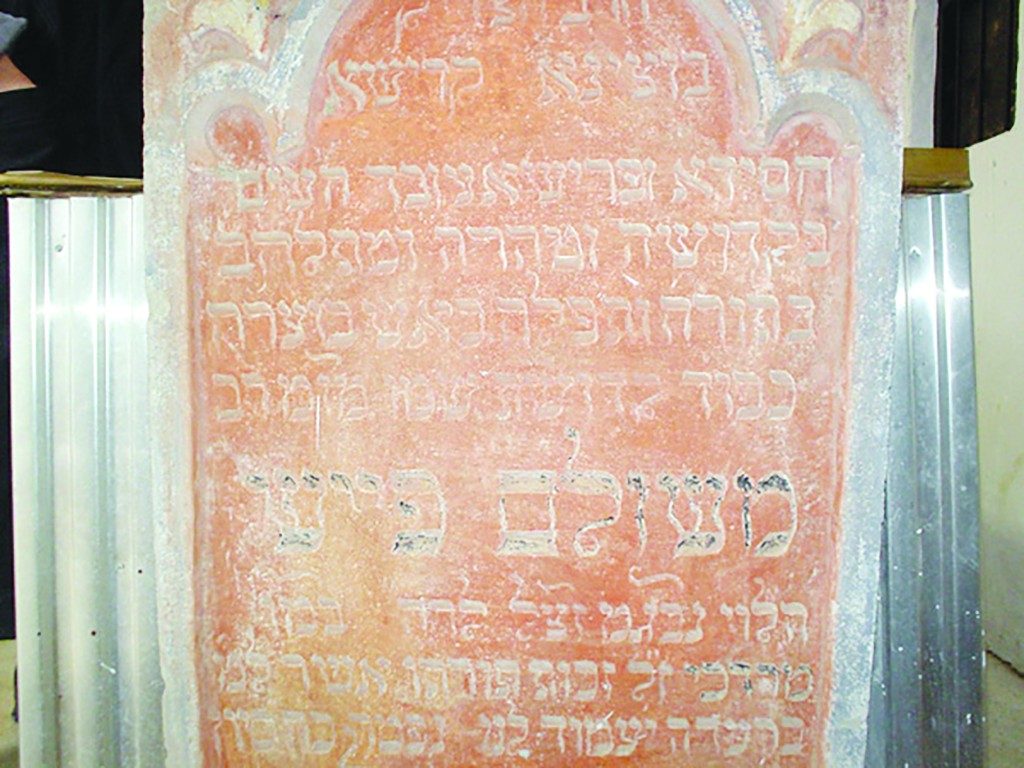 In 3448, 313 B.C.E, after the victory of Geviha ben Pesisa three days earlier, the Ishmaelites, Egyptians and Canaanites retreated and left their fields and properties to the Jews.

Harav Meshulam Feish, the son of Harav Mordechai Lowy, was born in 5581/1821 in a town near Karlsbad (Karlovy Vary, Czech Republic). As a young child, Meshulam Feish studied in a modern school, but eventually, under the influence of his pious mother, he traveled to Hungary to learn in a proper yeshivah. There he excelled greatly in his studies and became a talmid of Harav Avraham Yitzchak Weinberger, who later became Rav of Kleinvardein. Subsequently, Reb Meshulam Feish traveled to Ungvar where he learned under Harav Meir Eisenstadter.

After the petirah of his rebbi, he moved to the noted yeshivah of Harav Meir Perels in Krule. Under the influence of the town’s notable population of Chassidim, Rav Meshulam Feish turned to Chassidus. Eventually, he moved to the town of Gebe in order to totally immerse himself in Torah and Chassidus.

He married the daughter of Harav Yeshayah Dovid of Chasar. After his chasunah he lived in Chasar, where he continued his avodah under difficult conditions. Eventually, he accepted a post as melamed in the town of Teglash.

From Teglash he was invited to become Rav in Tosh, where he eventually began leading a group of Chassidim.

His primary Rebbe was Harav Dovid of Dinov, the Tzemach Dovid, who ordained him as a Rebbe. He continued traveling to his Rebbe even after he had many Chassidim of his own.

Rav Meshulam Feish invested a huge amount of resources in the holiness of Shabbos. For him, Shabbos began early Friday morning, when he would start preparing, and the unique, uplifting experience would continue until after Havdalah.

The Rebbe vehemently fought reformers, and stood at the forefront of many battles for Yiddishkeit.

In 5635/1875, an epidemic broke out in which many Yidden died, including the Rebbe and two of his sons. It was thought that the Rebbe chose to leave this world as a kapparah for Klal Yisrael. Indeed, after the Rebbe was niftar, the epidemic stopped.

The Tosher dynasty continues today under the guidance of the current Tosher Rebbe, shlita, Harav Elimelech Lowy, in a small town outside Montreal, known as Kiryas Tosh.

In 1946, the Philippines became independent of U.S. sovereignty.

In 1966, President Lyndon B. Johnson signed the Freedom of Information Act, which went into effect the following year.