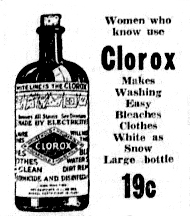 In 2489, the walls of Yericho fell and the Jews conquered the once-fortified city.

For seven days, Bnei Yisrael had marched around the city walls carrying the Aron Hakodesh, preceded by kohanim sounding the shofar. On the seventh day, Shabbos, the walls crumbled and the city was conquered (Yehoshua 6). Yehoshua then composed the tefillah of Aleinu L’shabe’ach.

Reb Shabsi Sheftel was a devoted talmid of his illustrious father, the Shelah, who taught his son works of kabbalah. He was also the talmid of Harav Shlomo Efraim, Rav of Prague and mechaber of Olelos Efraim.

After his father moved to Eretz Yisrael, Reb Shabsi Sheftel remained in constant contact with him via letters. When Rav Yeshayah completed Shnei Luchos Habris (after which he is named, Shelah being an acronym of the name of the sefer) he sent a copy of the set to his son.

Reb Shabsi Sheftel also wrote other chiddushim, but these were never published.

He was niftar on Erev Shabbos 28 Nisan, 5420/1660, in Vienna, survived by his son, Harav Yeshayah Horowitz, Rav in Frankfurt.

In 1913, Clorox had its beginnings as five entrepreneurs agreed to set up a liquid bleach factory in Oakland, Calif.

In 1948, the Supreme Court, in Shelley v. Kraemer, ruled that covenants prohibiting the sale of real estate to blacks or members of other racial groups were legally unenforceable.

In 1986, in NASA’s first post-Challenger launch, an unmanned Delta rocket lost power in its main engine shortly after liftoff, forcing safety officers to destroy it by remote control.