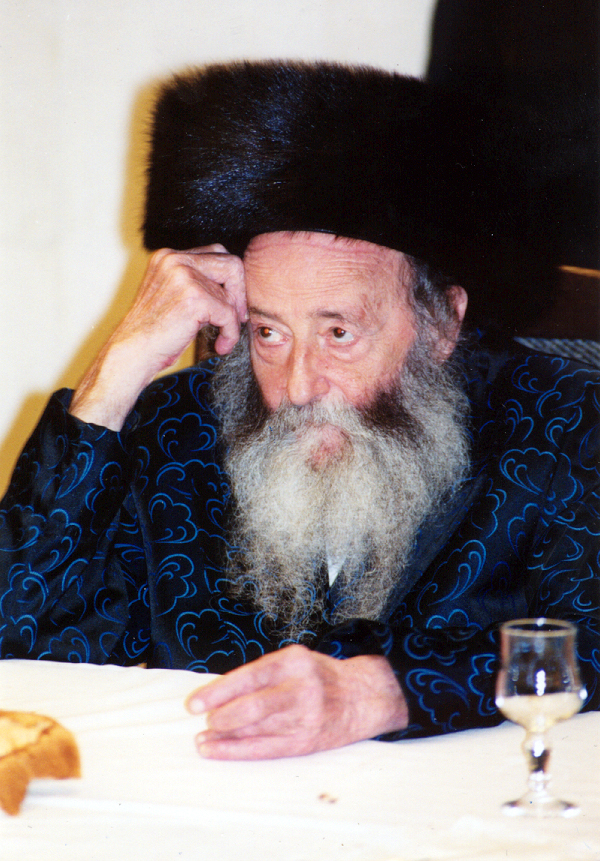 In 2489/1272 B.C.E., the walls of the fortified city of Yericho fell and the Jews entered and conquered the city. For seven days, Bnei Yisrael had marched around the city walls carrying the Aron Hakodesh, preceded by Kohanim sounding the shofar. On the seventh day, a Shabbos, the walls crumbled and the city was conquered (Yehoshua 6). Yehoshua then composed the tefillah of Aleinu L’shabei’ach.

The Pinsk-Karliner Rebbe’s father, Harav Yitzchak Menashe Hakohen, zt”l, arrived in Yerushalayim from Lodz, Poland, at the age of 13 and became a Karliner Chassid. He named his son, born in 5687/1927, “Aharon” because his bris took place on Yom Kippur.

The young Aharon attended the Chayei Olam cheder until his bar mitzvah, after which he studied in the Karliner Yeshivah in Yerushalayim.

For many years he was a Maggid Shiur at Yeshivas Eitz Chaim and afterwards in the Belzer Yeshivah in Eretz Yisrael and in Belgium. He was an outstanding marbitz Torah who, over a period of 50 years, left an indelible impression on all his talmidim, infusing them with yiras Shamayim.

When he was still a yungerman his wife became ill and passed away, leaving him a widower with five young children. During this challenging period he was still careful not to miss any of his sedarim or shiurim.

He always practiced what he preached. A teacher, he felt, must be a living example.

He eventually remarried; his second Rebbetzin was the almanah of Harav Chaim Tzvi Halberstam, zt”l. He raised her orphaned children and married them off just like his own.

Even before he became Rebbe, whenever someone voiced the need for a yeshuah he would immediately open a sefer Tehillim and would recite heartfelt, tearful perakim until he heard that that person had merited a yeshuah.

On Pesach 5751/1991 (the yahrtzeit of Harav Aharon Hagadol of Karlin, zy”a) he became the Admor of Pinsk-Karlin.

He was well known for his lectures and shmuessen on Torah and Chassidus, and would travel often to deliver inspiring speeches.

A year and a half before his petirah he underwent open-heart surgery, after which he remained in critical condition. While he was in the hospital, he amazed the doctors with his serenity; remarkably, some of them became attached to the Rebbe and often sought his counsel and brachos.

At 2:00 a.m., while leading a tisch, he felt ill and was rushed to the hospital. All efforts to save his life were futile and he was niftar.

In 1800, Congress approved a bill establishing the Library of Congress.

In 1932, in the Free State of Prussia, the Nazi Party gained a plurality of seats in parliamentary elections.

In 1980, the United States launched an unsuccessful attempt to free the American hostages in Iran, a mission that resulted in the deaths of eight U.S. servicemen.