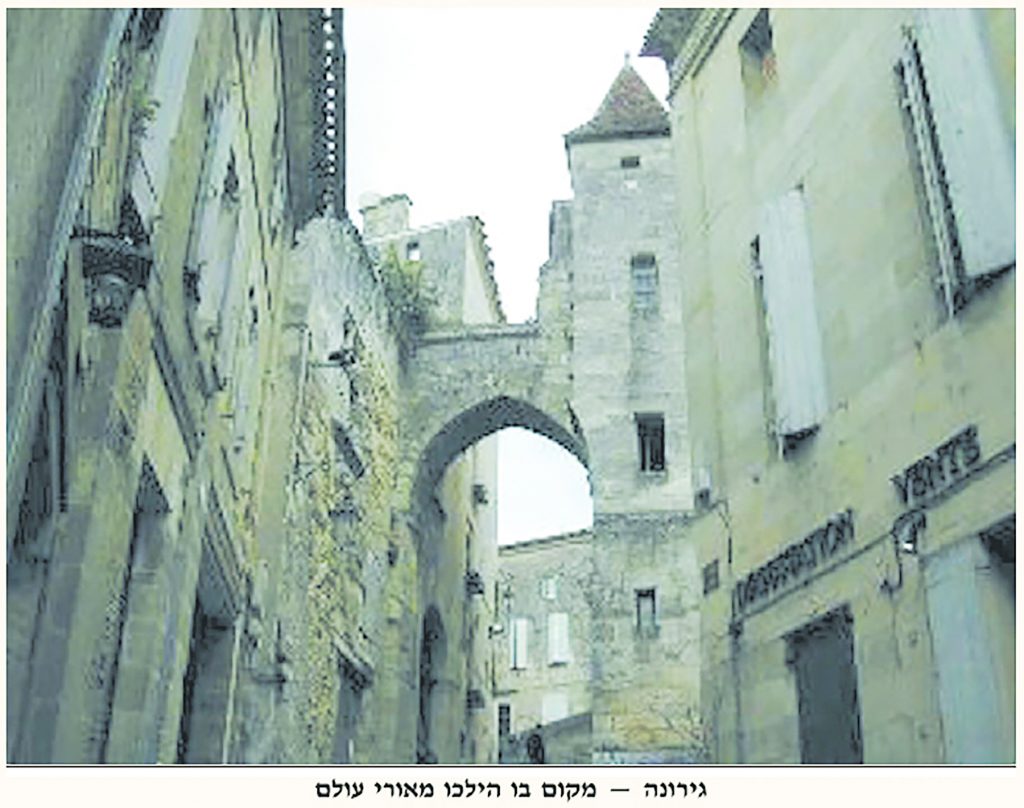 He traveled to France to study under the great Rishonim, and became a talmid of Rav Shlomo Min HaHar and the brothers Rabbeinu Shmuel and Rabbeinu Moshe of Ivra.

Rabbeinu Yonah wrote numerous sefarim, the most famous of which is Shaarei Teshuvah. Harav Chaim of Volozhin is quoted as saying that, generally, not every mussar sefer is suitable for every person. For some, the Reishis Chochmah is most appropriate; for others it might be Shevet Mussar, Chovos Halevavos or Mesillas Yesharim. An exception is Shaarei Teshuvah, by Rabbeinu Yonah. This sefer, he said, is suitable for every Yid, in every era, until the coming of Moshiach.

In 5004/1244, after the petirah of Rabbeinu Meir ben Todros Halevi, Rabbeinu Yonah traveled to the city of Tolitolia, where he was a great marbitz Torah. Among his talmidim were the Rashba and the Ra’ah.

Rabbeinu Yonah was one of the main opponents of the Rambam because of his Sefer Hamada and Moreh Nevuchim.

However, after a while, when he realized the Rambam’s greatness and that all he did was l’shem Shamayim, Rabbeinu Yonah traveled from place to place preaching about the need to back away from matters that cause division among the Jewish People.

During a speech given in the kehillah of Porish, he promised to travel to the Rambam’s kever and beg his forgiveness. Unfortunately, during one of his stops — in the above-mentioned city of Tolitolia, where he was begged to remain and where he founded a yeshivah — he was niftar without fulfilling this promise.

Klal Yisrael mourned his petirah, and the Ramban composed a special kinah commemorating the event.

His yahrtzeit is generally accepted as being 28 Cheshvan. Others, however, cite his yahrtzeit as 1, 8, or 11 Cheshvan.

In 1892, a patent was issued to Almon Brown Strowger for the rotary dial.

In 1947, the U.N. General Assembly passed a resolution calling for the partitioning of Palestine between Arabs and Jews.

In 1961, Enos the chimp was launched from Cape Canaveral aboard the Mercury-Atlas 5 spacecraft, which orbited earth twice before returning.

In 1975, Bill Gates adopted the name Microsoft for the company he and Paul Allen had formed to write the BASIC computer language for the Altair computer.