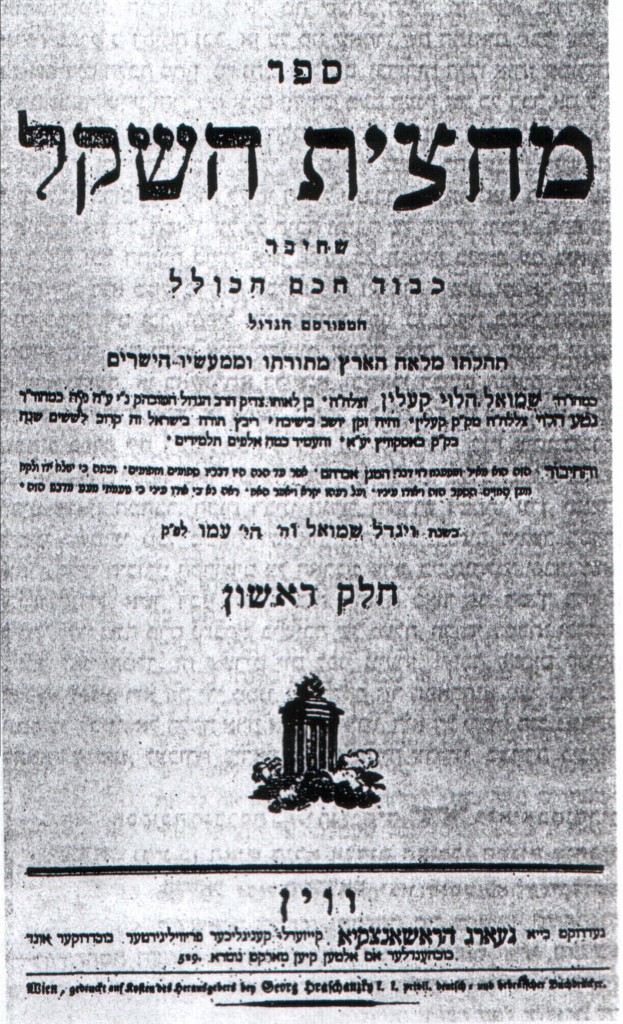 In 5037/1277, the Jews of Prussia were granted rights, which somewhat eased their plight.

In 5284/1524, the wicked ruler of Egypt, Ahmed Pasha, decreed the extermination of the entire Jewish community but, miraculously, he was killed. In commemoration of the great miracle, this day was observed annually as “Purim of Cairo.”

The Machatzis Hashekel was born in 5484/1724. His father, Harav Nosson Nota, descended from an esteemed lineage. On his mother’s side he was a descendant of the Avodas Hagershuni and the Maharal of Prague.

From his early youth he learned with great diligence, as his son attests: “He did not walk four cubits without Torah, from morning to evening; even during the night he would not rest, rather he stayed up and learned.”

Reb Shmuel spread Torah in his great yeshivah in the city of Boskowitz, one of the most important communities in Moravia. He despised rabbanus and throughout his lifetime vehemently refused to accept prominent positions that were offered to him, humbly claiming that he was not worthy. Likewise, he refused to allow his children to serve as Rabbanim until his son, Harav Binyamin, had absolutely no other source of income, at which time he accepted the rabbanus in Boskowitz.

Reb Shmuel had a very close relationship with Harav Nosson Adler, the venerated Rav of Boskowitz.

His son writes about his father’s piety and koach hatefillah, remarking that people from far and wide would flock to his doors so he could daven for them.

In addition, he authored a number of other lesser-known works with the title Machatzis Hashekel: a peirush on the Shach in Yoreh De’ah; a peirush on Maseches Bava Basra; on hilchos Gittin, Kiddushin, Niddah, Melichah, Basar v’Chalav, Shechitah, and Taaroves.

Before his petirah he asked that a simple matzeivah be erected on his gravesite. People, however, did not heed this request and built an elaborate one. That same night the matzeivah cracked, and they immediately changed it, l’kayem retzon tzaddik.

In 1788, an expedition led by Gen. Rufus Putnam established a settlement at present-day Marietta, Ohio.

In 1962, nearly 1,200 Cuban exiles tried by Cuba for their roles in the failed Bay of Pigs invasion were convicted of treason.

In 1966, the U.S. Navy recovered a hydrogen bomb that the U.S. Air Force had lost in the Mediterranean Sea off Spain following a B-52 crash.

In 1984, the Census Bureau reported Los Angeles had overtaken Chicago as the nation’s “second city” in terms of population.