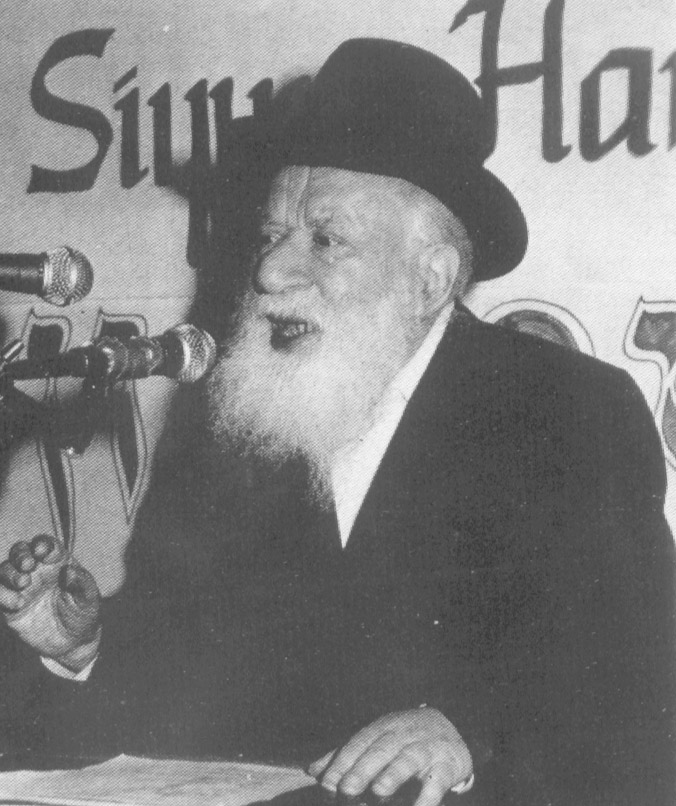 In 3680, Rabi Shimon Ben Shetach successfully completed the ejection of the Tzedokim (Sadducees) who had dominated the Sanhedrin, replacing them with his Torah-loyal dayanim.

In 5626/1866, the Jews of Switzerland were granted equal rights after pressure was exerted by the United States, which had interceded on behalf of American Jewish citizens.

Rav Pinchas was born in 5675/1915 to Harav Chaim Hirschsprung and Leah, the daughter of the acclaimed genius Reb David Tzvi Zehman, the Rav of Dukla, better known as Rav Tebil. His grandfather, devoted long hours to his grandson’s growth; in his teens, Rav Pinchas was fluent in all of Shas.

Accepted to Yeshivas Chachmei Lublin, he became a close talmid of Harav Meir Shapiro, zt”l, who loved to speak with him in learning.

With the outbreak of World War II Rav Pinchas, together with other bachurim, fled Lublin. After experiencing great difficulties, they arrived in Vilna, which was the nerve center for the rescue work done on behalf of the yeshivos, much of it led by Harav Chaim Ozer Grodzenski, zt”l, the Gadol Hador.

When Rav Pinchas visited Rav Chaim Ozer, they became absorbed in a heated debate over a section in Rav Chaim Ozer’s sefer, Achiezer. The Rav was astounded at his abilities.

Rav Pinchas spared no efforts to save himself and others. He sent letters from Vilna and later from Kobe in Japan and from Shanghai in China to friends and acquaintances worldwide, begging them to help the talmidim to escape the war zone.

In 5702/1942, Rav Pinchas acquired a visa to travel to Canada together with a group of students from Mir and Lubavitch.

Once in Montreal he was offered the position of Rav of Kehillas Adas Yisrael. He was much beloved by the Jews of Montreal. They showed him great honor and strove to develop a close relationship with him.

When Yeshivas Merkaz HaTorah was founded in Montreal, Rav Pinchas became its Rosh Yeshivah, delivering shiurim and speaking privately to the students, who recognized their good fortune in being able to learn from him.

Eventually he became the Chief Rabbi of the Vaad Ha’ir of Montreal. He founded the Bais Yaakov and was a faithful father to the young people under his tutelage. He was recognized by all as a central figure, a Gadol in Torah, wisdom, chessed and good deeds. Leading Gedolim, Rebbes and Rabbanim, zecher tzaddikim livrachah, sought his company.

Rav Pinchas maintained an extremely close friendship with the Satmar Rebbe, zy”a. He also had a special relationship with the Rebbe of Lubavitch, zt”l. His kesher with the Klausenburger Rebbe, zy”a, harked back to their youth, when they learned together under Rav Pinchas’ grandfather.

In 1965, President Lyndon B. Johnson delivered his State of the Union address in which he outlined the goals of his “Great Society.”

In 1995, the 104th Congress convened, the first entirely under Republican control since the Eisenhower era.