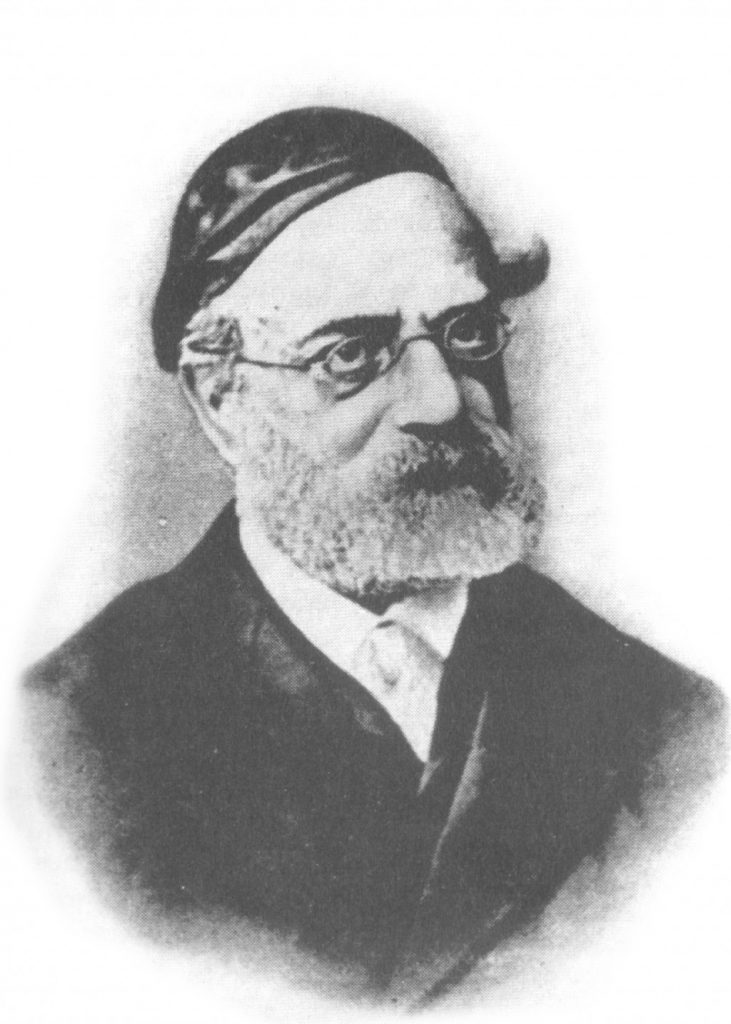 Harav Samson Raphael Hirsch was born in Hamburg on 24 Sivan 5568/1808. His father was Rav Raphael Hirsch, whose name he added to his own as was a custom of the time.

Rav Hirsch learned Torah from Harav Yitzchak Bernais, Rav of Hamburg, and a staunch opponent of the town’s assimilationists. From Rav Bernais, Rav Hirsch received his foundation in limud haTorah, his zealousness and even his style of public speaking.

At 19, Rav Hirsch left for Mannheim to study under Harav Yaakov Ettlinger, the Aruch Laner, who gave Rav Hirsch semichah.

In 5591/1831, at the age of 23, Rav Hirsch was appointed Rav of the principality of Oldenburg, on the recommendation of Harav Nosson Adler, the Nesinah LaGer. In those days, Reform Judaism was wreaking destruction in every Jewish community, and Rav Hirsch set out to battle it with all his might.

Within five years he had published his sefer, Iggeres Tzafun (The Nineteen Letters), in which he answered the questions that were troubling the youth of his time. The leaders of Reform felt it was a powerful blow to their ideology.

Another sefer Rav Hirsch wrote was Chorev. This work established a solid foundation for German Jewish youth, who had been on the verge of being lost to Yiddishkeit.

At 30, Rav Hirsch wrote Naftulei Naftali, in which he demolished all the arguments of Reform and showed how they distorted the words of Tanach. This unleashed another fierce battle. Undaunted, he founded a boys’ school in Emden. By this time his reputation was established as the foremost Rav in Germany.

In 5603/1843, Rav Hirsch was appointed Rav of Nikolsburg. Wherever Rav Hirsch served as Rav, he raised the standard of Yiddishkeit. He established schools, organized community life, founded yeshivos and built mikvaos.

It has often been said that if not for Rav Hirsch’s dominant leadership, the future of German Jewry would have been dimmer.

Rav Hirsch battled Reform unceasingly in his speeches and in writing, through his sefarim and his journal, Yeshurun.

Rav Hirsch stressed ethical perfection in every facet of life and demonstrated it to the day of his petirah. His salary as Rav was paid quarterly; long before his petirah he had instructed his family to return to the community chest whatever balance would remain from the day of his petirah until the end of the quarter. But there was no balance at all: he died on the very day his salary was due.

In 1890, the United Mine Workers of America was founded in Columbus, Ohio.

In 1915, America’s first official transcontinental telephone call took place as Alexander Graham Bell, who was in New York, spoke to his former assistant, Thomas Watson, who was in San Francisco, over a line set up by American Telephone & Telegraph.

In 1945, Grand Rapids, Michigan, became the first community to add fluoride to its public water supply.