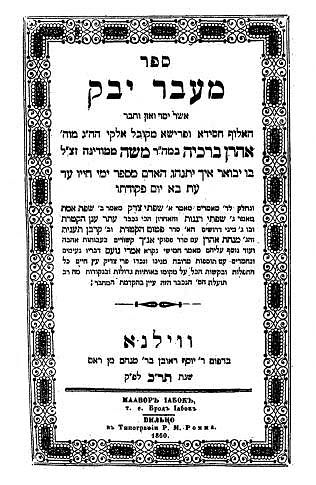 In 4965/1205, Pope Innocent III promulgated a church doctrine that the Jews were doomed to perpetual servitude and suppression because “they killed [oso ha’ish].” This charge was not officially removed from church doctrine until 1963.

In 5498/1738, a Jewish and a Russian naval officer were burned at the stake in St. Petersburg.

The Russian had converted to Judaism after being taught by that Jew. Hy”d.

He learned under the mekubalim Harav Hillel of Modena and Harav Menachem Azaria of Pano.

Rav Aharon Berachiah is best known for his Maavar Yabok, a Shulchan Aruch-style work, listing the hanhagos in one’s life from the day he is born until his passing, including when deathly ill, R”l. It also includes the tefillos to be said when the neshamah departs, and instructions for the chevrah kaddisha. Over time this sefer became well known, with many learning it ahead of their passing in order to prepare themselves for their last days.

The sefer is comprised of four sections: Sifsei Tzaddik, listing the pesukim for those who are sick; Sfas Emes, a section dedicated to the chevrah kaddisha; and tefillos and supplications for aliyas haneshamah of the departed. It also describes the eternal rest of the tzaddikim.

The Chida writes that Rav Aharon Berachiah also wrote a commentary on Tikkunei Zohar entitled Bigdei Kodesh; and Me’irei Shachar, a list of tefillos for those who rise early.

In 1776, members of the Continental Congress began attaching their signatures to the Declaration of Independence.

In 1964, the destroyer USS Maddox suffered light damage during a skirmish with North Vietnamese patrol torpedo boats in the Gulf of Tonkin. This and an alleged second incident two days later led to congressional approval of the Gulf of Tonkin Resolution that propelled America deep into war.