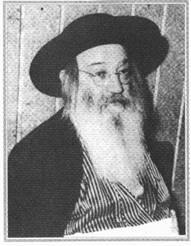 5761/2001, Harav Avigdor Miller, zt”l, Rav of Kehillas Bais Yisrael in Flatbush and prolific mechaber of many sefarim in English.

In 5666/1906, his father sent him to learn in Yerushalayim, upon the advice of the Belzer Rebbe, Harav Yissachar Dov, zy”a.

Rav Asher Zelig would travel several times a year to Meron to the kever of the Rashbi. Lag BaOmer was celebrated as a Yom Tov. He would give haircuts to many children, with the special silver scissors he had especially for Lag BaOmer.

Rav Asher Zelig printed close to 30 sifrei Kabbalah, and his marginal annotations are found in many works.

In 1606, England adopted as its flag the original version of the Union Jack.

In 1861, the American Civil War began as Confederate forces fired on Fort Sumter in South Carolina.

In 1945, President Franklin Delano Roosevelt died of a cerebral hemorrhage in Warm Springs, Ga., at age 63; he was succeeded by Vice President Harry S. Truman.

In 1961, Soviet cosmonaut Yuri Gagarin became the first man to fly in space, orbiting the earth once before making a safe landing.

In 1981, the space shuttle Columbia blasted off from Cape Canaveral, Fla., on its first test flight.