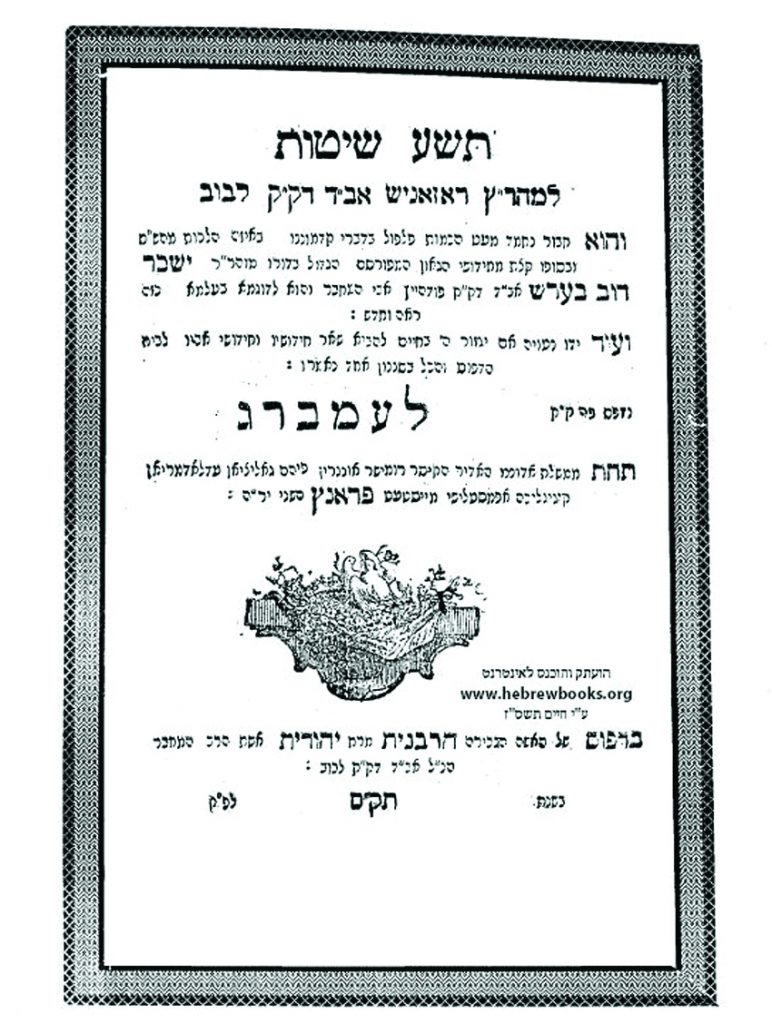 In 1657, the 40 days and nights of rainfall that covered the face of earth with water during the Mabul ended on this date (according to Rabi Eliezer).

Rav Tzvi Hirsh served as Rav of Bolchov and later of Zholkov.

After the petirah of Harav Mordechai Zev Orenstein, zt”l, Rav of Lvov, Rav Tzvi Hirsh was appointed Rav of Lvov. He was not remunerated for this post. His Rebbetzin managed a printing press, and from this income they supported themselves.

Rav Tzvi Hirsh led the city with a strong rule. He taught many talmidim in his yeshivah. His home was known to be an open house, both for talmidei chachamim and for Yidden looking for a place to eat or sleep.

In 5560/1800, Rav Tzvi Hirsh published his Tesha Shittos on many sugyos in Shas. In this sefer, his powerful pilpul was noted. At the end of the sefer, Rav Tzvi Hirsh added a kuntres of his father’s chiddushim, under the name Chezkas D’Avhasa.

Many mechabrim of sefarim sought the haskamah of Rav Tzvi Hirsh.

In 1848, President James K. Polk triggered the Gold Rush of 1849 by confirming that gold had been discovered in California.

In 1932, German physicist Albert Einstein was granted a visa, making it possible for him to travel to the United States.

In 1945, five U.S. Navy torpedo bombers mysteriously disappeared after taking off from Fort Lauderdale, Florida, on a training mission, with the loss of all 14 crew members. “The Lost Squadron” contributed to the legend of the Bermuda Triangle.

In 1952, the Great Smog of London descended on the British capital. The unusually thick fog, which contained toxic pollutants, lasted five days and was blamed for thousands of deaths.

In 1994, Republicans chose Newt Gingrich to be the first GOP speaker of the House in four decades.