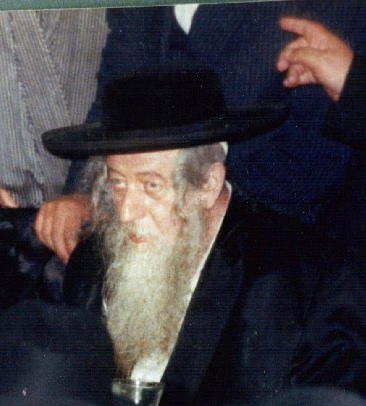 The Third Day of Chanukah

1657/2105 B.C.E., the 40 days and nights of rainfall that covered the face of the Earth with water during the Mabul ended on this date (according to Rabi Eliezer).

Even as a young boy, most of his days were spent in Torah and tefillah. He was drawn to the company of elderly talmidei chachamim, with whom he would spend hours at a time.

When he was seven years old, the fledgling Zionist movement was starting to make itself felt in Tzfas, and therefore Reb Aharon Dovid left Eretz Yisrael with his family. They traveled to Siebenbürgen and settled in the city of Honiad, where young Avraham Yitzchak continued his studies in the local Talmud Torah.

At bar-mitzvah age, he joined the elite group of students of Harav Pinchas Gutterer, zt”l, in the city of Honiad, and later attended the yeshivah of Harav Yisrael Freund, whose son Harav Moshe Aryeh Freund (later to become Gaavad of the Eidah Hachareidis in Yerushalayim) served as one of the maggidei shiur. The Rosh Yeshivah, Reb Yisrael Freund, was quick to recognize the unique talents of his young talmid, who soon became one of his most beloved students.

Later he went on to Seckelheid to the famous yeshivah of Harav Yehudah Segal Rosner, Hy”d. It was in this yeshivah that he began a precedent that lasted the rest of his life, a fierce adherence to chumros regarded as extraneous by most Jews.

After learning in Seckelheid, he took leave of his beloved Rebbe and moved on to the famous yeshivah headed by Harav Yoel Teitelbaum, the Satmar Rebbe, zy”a.

At that time in Satmar, Harav Aharon Roth, author of Shomer Emunim, had founded a group of Chassidim. One day Reb Avraham Yitzchak got hold of a copy of Reb Aharon Roth’s sefer, Taharas Hakodesh, and joined them.

In 5694/1934, Reb Aharon Roth chose Reb Avraham Yitzchak as a chassan for his daughter.

During WWII, after much wandering, Reb Aharon Roth, with his family and new son-in-law, reached the shores of Eretz Yisrael. The Shomer Emunim set up a yeshivah in Yerushalayim and appointed his son-in-law, Reb Avraham Yitzchak, as Rosh Yeshivah.

When Reb Aharon Roth was niftar, Reb Avraham Yitzchak assumed leadership of the Chassidim (later to become known as Toldos Aharon, after his father-in-law, or the “Reb Ahrelach”). He led for 50 years.

In 5755/1995, Rav Avraham Yitzchak slipped down the stairs of his home on his way to the mikveh and suffered a concussion. For many months he was homebound, but he eventually returned to the beis medrash. However, not long afterwards, the Rebbe was niftar on 27 Kislev, the third day of Chanukah, 5757/1996. He was buried on Har Hazeisim.

In 1945, the World Bank and the International Monetary Fund were formally established.

In 1949, Queen Juliana of the Netherlands signed an act recognizing Indonesia’s sovereignty after more than three centuries of Dutch rule.

In 1968, Apollo 8 and its three astronauts made a safe, nighttime splashdown in the Pacific.

In 1979, Soviet forces seized control of Afghanistan. President Hafizullah Amin, who was overthrown and executed, was replaced by Babrak Karmal.