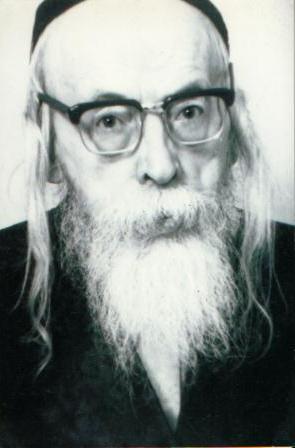 In 1657, “the earth dried up” (Bereishis 8:14), effectively ending the Mabul after 365 days; on this day Hashem commanded Noach to come out of the teivah and repopulate, settle and cultivate the earth.

Harav Yaakov Leizer, or Rav Yankele as he was affectionately known, was born on the sixth of Teves 5666/1906 to Reb Dovid and Pessel Tirza of Vashlisk in Galicia. His parents perished together with their daughters in a forest near Dukla during the Holocaust, Hy”d.

Rav Yankele studied with his father and, as a youngster, knew hundreds of blatt Gemara by heart, a result of keeping learning sedarim that often lasted for nine consecutive hours. As a teen he learned together with the Klausenburger Rebbe, zy”a, in the yeshivah of Harav Tevele Zehman of Dukla, zy”a, who later conferred semichah upon him.

He was appointed Rav of Yashlisk in 5691/1931. In 5695/1935 he married the daughter of the tzaddik Harav Moshe Yitzchak (Itzikel) Gevirtzman, zy”a, the Rebbe of Pshevorsk, and moved to Pshevorsk. He greatly admired his father-in-law and did not leave his side until Rav Itzikel’s petirah on Yom Kippur 5737/1976.

After the war they arrived in Paris, after which they moved to Antwerp, where Rav Itzikel opened a beis medrash in 5717/1957.

After Rav Itzikel’s petirah, Rav Yankele was requested by the chassidim to take his father-in-law’s place as Pshevorsker Rebbe. As is customary among the descendants of the Noam Elimelech, he was stringent about leading the melaveh malkah tisch.

The melaveh malkahs, during which he related sippurei tzaddikim and divrei Torah, went on for several hours every Motzoei Shabbos. Many of these stories have been printed in the sefer Yud Gimel Oros.

His Chumash-Rashi shiurim, in which he would deliver beautiful divrei Torah on the weekly sedrah, were very popular, and many are available on tape.

Although he was a Rebbe of hundreds of chassidim and was respected worldwide, he never deviated even slightly from his humble and simple ways. He respected the lowliest Jews, comforting them with warm words and helping with their needs.

His gemilus chassadim and tzedakah were legendary. He collected funds and supported the needy and downtrodden with incomparable humility.

Rav Yankele was careful to avoid disputes. Seven years before his petirah he fell ill; he was niftar on 27 Cheshvan 5759/1998.

In 1605, the “Gunpowder Plot” failed as Guy Fawkes was seized before he could blow up the English Parliament.

In 1935, Parker Brothers began marketing the board game “Monopoly.”

In 1952, in the United States, the National Security Agency (NSA) was established.

In 1990, Iraq issued a statement saying it was prepared to fight a “dangerous war” rather than give up Kuwait.