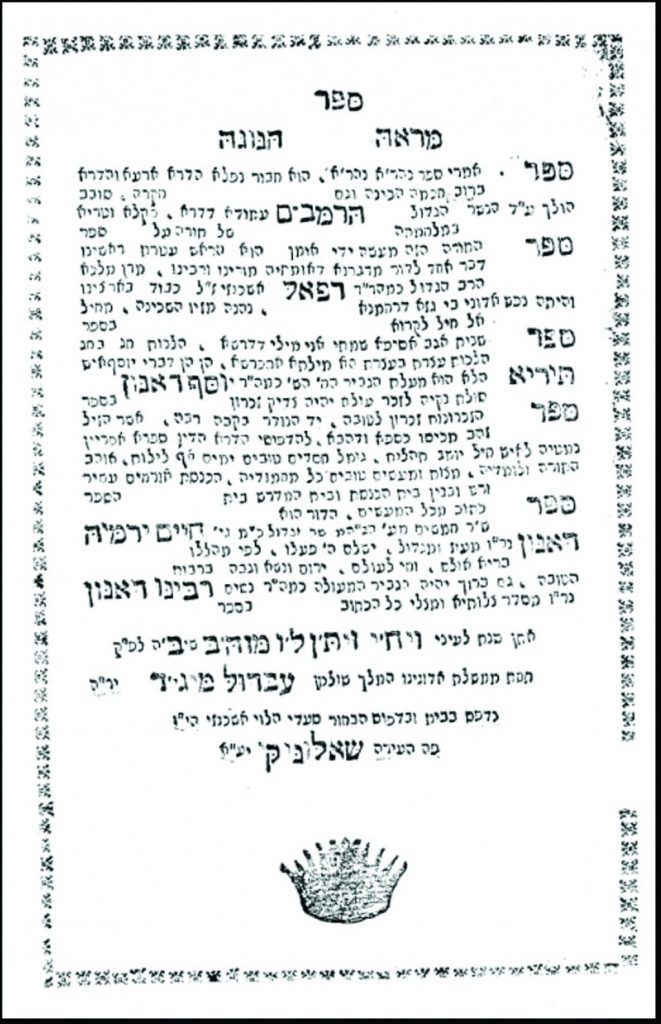 Harav Refael Ashkenazi was the son of Rav Yehudah, who passed away when his son was only seven years old. When Rav Refael grew up, he arranged for the publication of his father’s sefer, Machaneh Yehudah.

Rav Refael was the Chief Rabbi of Izmir, Turkey, and was known for settling disputes in the city, making peace reign in the local kehillah.

He also served as Dayan, and headed a yeshivah.

A baal yissurim, he suffered many illnesses in his lifetime.

Rav Refael was the author of many sefarim. All his sefarim begin with the name Mar’eh, an abbreviation of Moreinu Refael Ashkenazi. They include Mar’eh Einayim, a compilation of mar’ei mekomos on the entire Shas; Mar’eh Hanogah, his chiddushim on the Rambam; Mar’eh Hagadol, his drashos; and Mar’eh Adam, his she’eilos u’teshuvos.

In 1520, Portuguese navigator Ferdinand Magellan reached the Pacific Ocean after passing through the South American strait that now bears his name.

In 1861, the Confederate Congress admitted Missouri as the 12th state of the Confederacy after Missouri’s disputed secession from the Union.

In 1964, the United States launched the space probe Mariner 4 on a course toward Mars, which it flew past in July 1965, sending back pictures of the red planet.