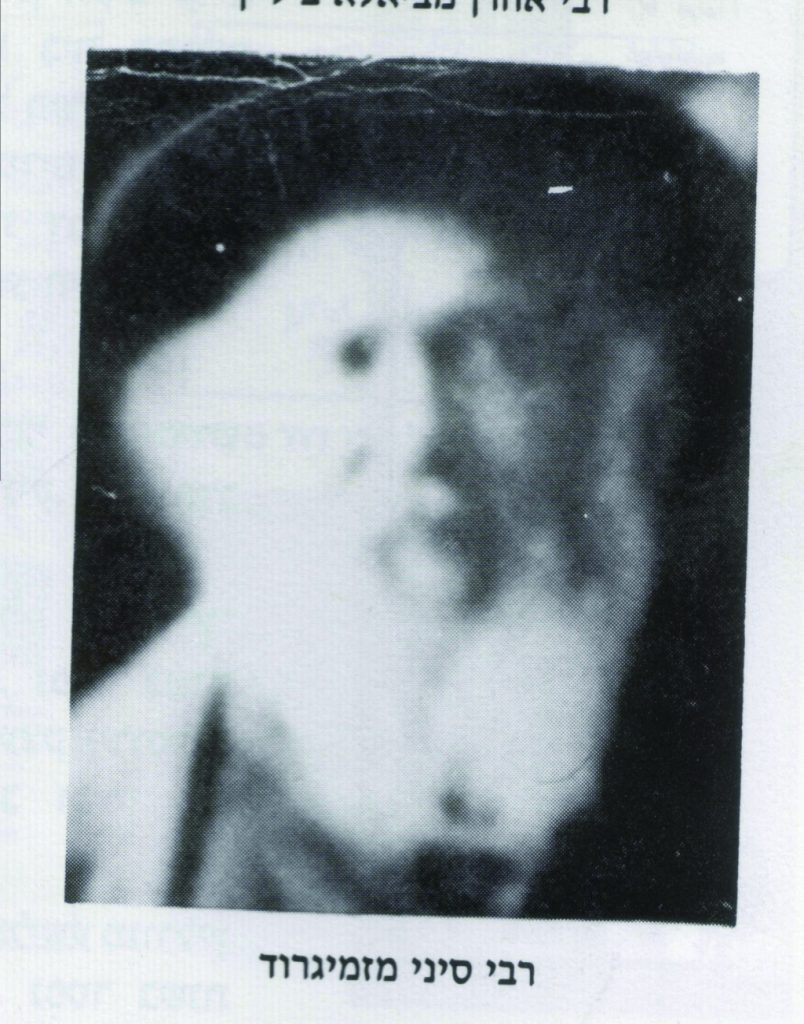 In 4947/1187, Saladin’s Muslim army defeated the Crusader army, led by Guy de Ludignan, the King of Jerusalem, at Horns of Hittin, a site near the Kinneret in the Galil. This defeat was the beginning of the end of the Crusader kingdom.

Harav Sinai Halberstam was born in 5630/1870 in Rudnick. His father, Harav Baruch of Gorlitz, wanted to name the baby after Reb Baruch’s maternal great-grandfather, Reb Elazar Nissan of Drohobitch, zy”a, but the Divrei Chaim, his father, asked another gadol who was present for his own opinion.

Reb Elazar Nissan had been niftar young. “It is the custom,” the gadol replied, “that one does not name after a person who was niftar young,” so the Divrei Chaim thought it over and said “name him Sinai, for that has the same letters as Nissan. May he grow up to be a Sinai ve’oker harim, a giant in the depth and breadth of Torah.”

At a young age, Sinai married the daughter of Harav Naftali Horowitz of Melitz, zy”a.

Reb Sinai was known for his chessed, even in his early years. When Reb Sinai was a newlywed, still living with his in-laws in Melitz, his Rebbetzin noticed that some of his garments were missing. At the first opportunity his wife questioned him about this, and he answered that he had noticed a fine person at the mikveh who had only one tattered undershirt to his name, so he gave him one of his own. Since he had more than he needed, he explained, he gave one after another, until he had given the man eight.

Reb Sinai was appointed Rav of Koloshitz after his wedding. He served there briefly until the elderly Rav of Zhemigrad was niftar, leaving his position to “a grandson of the Divrei Chaim.” When the post was offered to Reb Sinai, in 5664/1904, Reb Sinai accepted the rabbanus and faithfully led the town for over 30 years. He was renowned as a darshan and composer of niggunim, and for caring for the poor with mesirus nefesh.

When he became ill later in his life, he moved to Cracow where he could receive treatment. A few years later, the Nazis overran Poland and he fled to Lemberg, Galicia, to be under the Soviets. Tragically, his Rebbetzin passed away en route and was buried in Boberka.

The Soviets exiled Reb Sinai and his family to Siberia on a dangerously overcrowded train, in which the prisoners were confined for weeks. Reb Sinai did not survive the trip. He was niftar on 26 Tammuz 5701/1941 and was buried in the forests of Omsk. Clean white fabric was miraculously procured, which was used as tachrichim, and the family was further privileged to erect a matzeivah on his kever in the forest.

In 1957, the United States and Canada agreed to create the North American Air Defense Command (NORAD).

In 1975, a 35-nation summit in Finland concluded with the signing of a declaration known as the Helsinki Accords dealing with European security, human rights and East-West contacts.