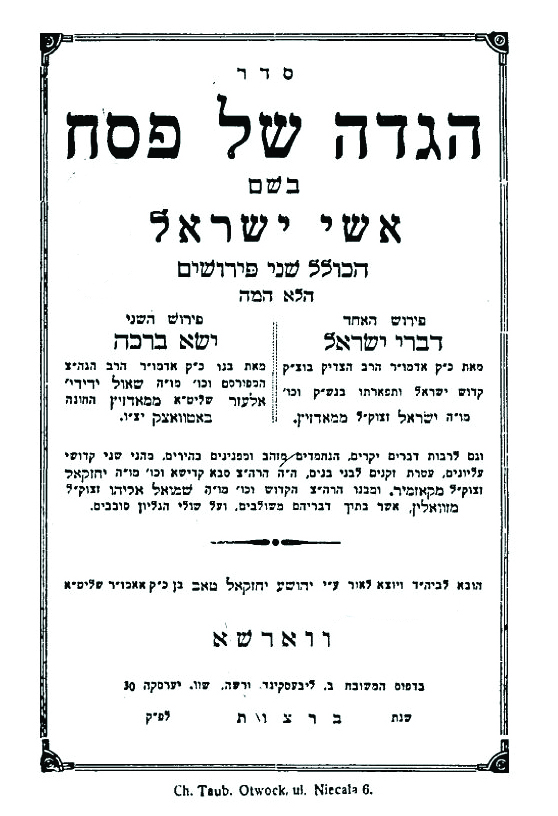 In 5705/1945, the Nazis finally surrendered to the Allies, and the war that left millions dead, including six million Jews, Hy”d, was over.

In 5726/1967, the Six-Day War broke out. The nations of Egypt, Jordan, Iraq, and Syria attacked Eretz Yisrael.

From his youth, Reb Shmuel Eliyahu was outstanding in his Torah scholarship and his musical abilities. He was called menagen mafli pla’os, a wondrous musical talent. When he davened before the amud in his father’s beis medrash, the walls shook. Chassidim then said that they experienced the meaning of “and the entire nation saw the sounds” [a description in the Torah to describe Mattan Torah].

To the dismay of the chassidim, he didn’t continue for long to daven before the amud. Precisely because he understood the value of niggun, he refrained from singing. Even so, he composed many niggunim, especially for Shabbos and Yom Tov, that were known throughout Poland and attracted many chassidim.

Reb Shmuel Eliyahu was the first of the Polish Rebbes to concentrate his creative powers on neginah. With his awesome memory, he was able to remember everything he composed.

His attitude towards neginah was as if the singer were standing in the Beis Hamikdash, and the Leviim were accompanying him in the shirah v’zimrah.

In 1868, the impeachment trial of President Andrew Johnson ended with his acquittal on the remaining charges.

In 1940, the evacuation of more than 338,000 Allied troops from Dunkirk, France, began during World War II.

In 1960, U.N. Ambassador Henry Cabot Lodge accused the Soviets of hiding a microphone inside a wood carving of the Great Seal of the United States that had been presented to the U.S. Embassy in Moscow.

In 1972, President Richard M. Nixon and Soviet leader Leonid Brezhnev signed the Anti-Ballistic Missile Treaty in Moscow. (The U.S. withdrew from the treaty in 2002.)

In 1981, 14 people were killed when a Marine jet crashed onto the flight deck of the aircraft carrier USS Nimitz off Florida.