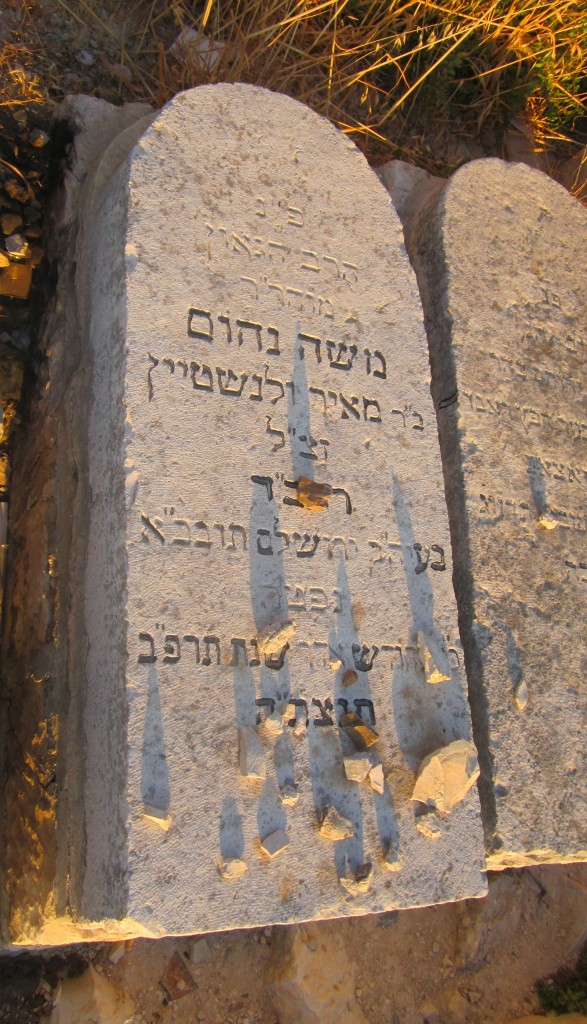 He learned in the yeshivah of Harav Avraham Shmuel Binyamin Sofer, the Ksav Sofer, in Pressburg. He was one of the closest talmidim of the Ksav Sofer and received semichah from him.

Later, Reb Moshe Nachum went on to the yeshivah of Harav Aharon Dovid Deitsch, the mechaber of Goren Dovid, in Balat.

In 5624/1864, Reb Moshe Nachum moved to Eretz Yisrael. He married the daughter of Harav Shimon Deutsch, one of the closest talmidim of the Chasam Sofer and a founder of Kollel Shomrei Hachomos in Yerushalayim. In Yerushalayim, Reb Moshe Nachum continued learning Torah with hasmadah and became a Posek of stature.

Reb Moshe Nachum, among the leading talmidei chachamim in Yerushalayim at the time, was chosen in 5663/1903 to be the third Dayan on the beis din of Harav Yehoshua Leib Diskin. In 5668/1908 he was named Rosh Beis Din.

Reb Moshe Nachum, in the manner of the Chasam Sofer before him, stood in the breach to protect Yerushalayim from those who wished to destroy true chinuch and the unique character of the religious Jew.

Later, he was part of the founding group of the beis din of the Eidah Hachareidis in Yerushalayim.

Although Reb Moshe Nachum disbursed funds as head of Kollel Ungarin, he himself lived in poverty.

In 1614, England’s King James I convened the second Parliament of his rule; the “Addled Parliament,” as it came to be known for accomplishing nothing, lasted two months.

In 1621, the Mayflower sailed from Plymouth Colony in present-day Massachusetts on a month-long return trip to England.

In 1764, Britain’s Parliament passed the American Revenue Act of 1764, also known as the Sugar Act.