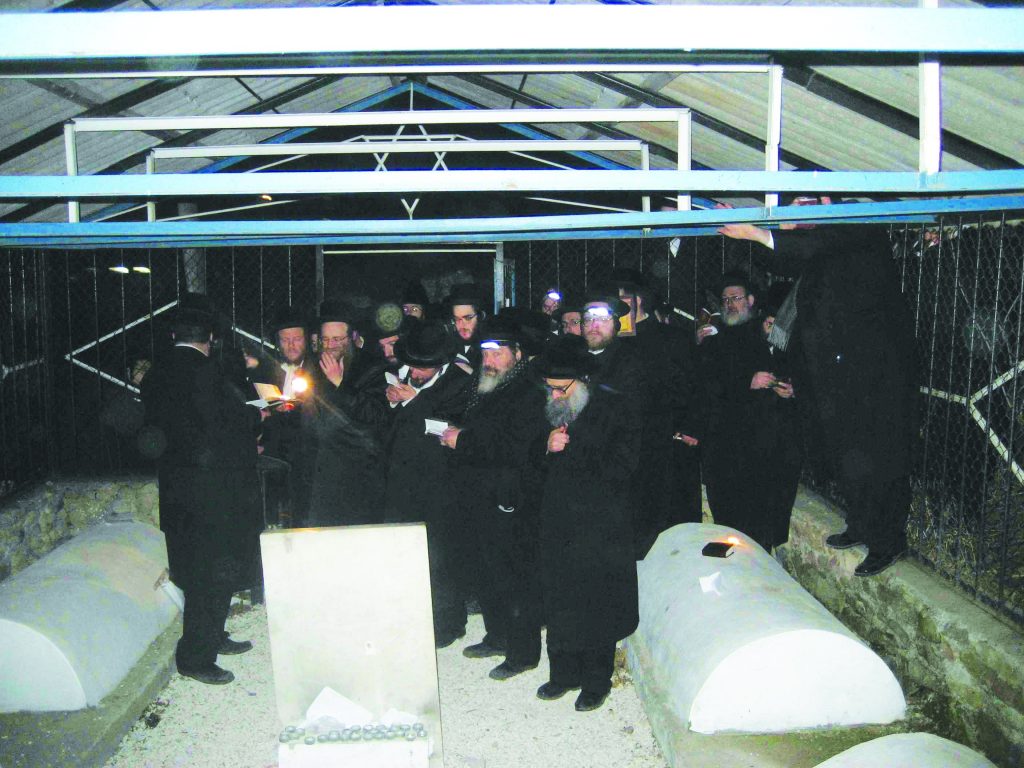 Harav Chaim Hager was the son of Harav Menachem Mendel of Kossov, zy”a, the forebear of the Vizhnitz dynasty. He was born about 5555/1795.

In his early years he learned under his father.

He married the daughter of Harav Yehudah Meir Shapira of Shpitovka, zy”a, the son of Harav Pinchas of Koritz, zy”a. After his wedding, he settled in Shpitovka. He hid his lofty ways in avodas Hashem, acting as a simple person.

Rav Chaim traveled to the courts of many of the leading Rebbes of the generation, among them the Chozeh of Lublin, the Ohev Yisrael of Apta and the Shpole Zeide, zechusam yagein aleinu.

From Shpitovka Rav Chaim returned to Kossov, where he played an active role in his father’s court.

Rav Chaim was known for his greatness in Torah, both in nigleh and in nistar. He was also renowned for his outstanding hasmadah; it is related that he often learned straight through the night.

For the yahrtzeit of his parents, he would make an annual siyum on the Rif and the Rambam.

Like his father, Rav Chaim was decisive in his leadership of his flock and of the entire region. He instructed his Chassidim to fulfill the mitzvah of ahavas Yisrael.

In his elder years he wanted to go up to Eretz Yisrael, but his Chassidim pleaded that he stay with them. Rav Chaim was niftar on 25 Iyar 5614/1854.

He was succeeded by his sons: Harav Yaakov Shimshon, zy”a, was appointed Rebbe in Kossov, Harav Yosef Alter, zy”a, Rebbe in Radowitz, and Harav Menachem Mendel, zy”a, Rebbe in Vizhnitz.

The divrei Torah of Reb Chaim were published under the name Toras Chaim.

In 1854, the U.S. territories of Nebraska and Kansas were established.

In 1868, Memorial Day was observed widely for the first time in the U.S.