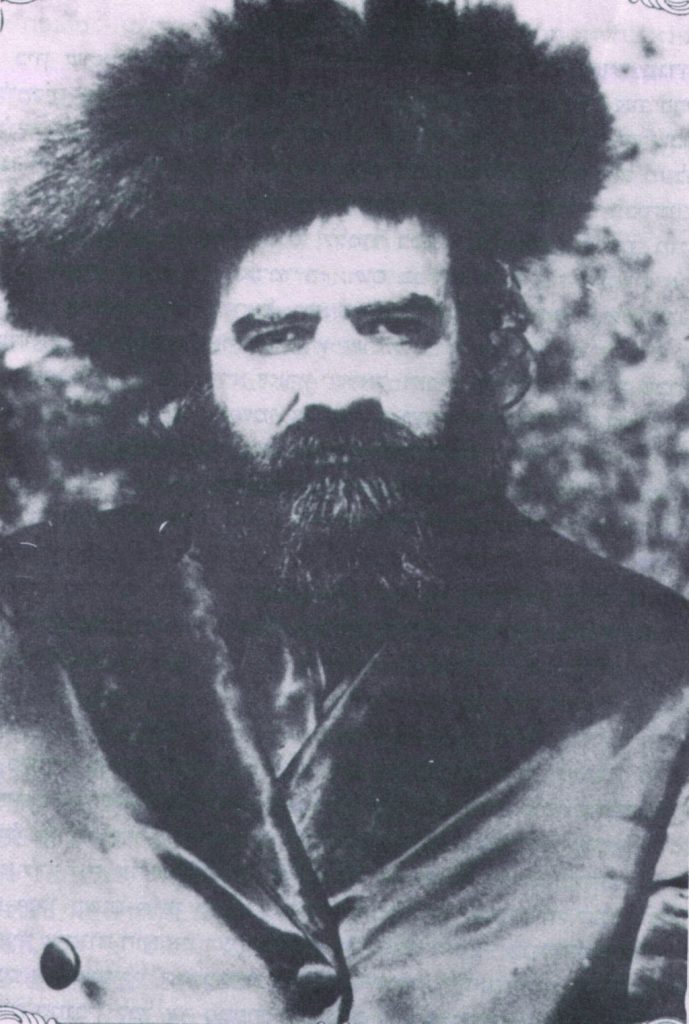 Harav Mordechai was born to Harav Yissochor Dov of Belz, the son of the Rebbe Harav Yehoshua of Belz, zy”a, in 5662/1902.

Rav Mordechai grew up under his father’s supervision, in the exalted atmosphere of Belz.

Rav Mordechai married the daughter of Harav Moshe Aharon of Kobrin, zy”a. After his chasunah, Rav Mordechai’s task was to repeat his father’s divrei Torah to the Chassidim. His father also appointed him to be in charge of the town’s kashrus, mikvaos, eruvin and shechitah.

After his father’s petirah in 5687/1927, he served as Rav in the town of Bilgoray, near Lublin. (His father gave him the haskamah for the rabbanus but was niftar before he actually became Rav.) As Rav, he founded talmudei Torah, and put in place many takanos for the kehillah.

At one point, he was offered the rabbanus in Lvov, but his brother would not agree since their father, Rav Yissochor Dov, had not given his haskamah to this rabbanus.

Throughout, he stood at the side of his brother, Rav Aharon of Belz, zy”a, who had succeeded their father in leading the Belzer dynasty.

During WWII, Rav Mordechai’s suffering was immeasurable. He lost his entire family, and wandered from place to place in an effort to hide from the Nazis’ wrath. He hid in the ghettoes of Vizhnitsa, Cracow and Bochnia.

By 5703/1943, the Holocaust had not yet reached Hungary, and Rav Aharon’s followers devised a daring plan to smuggle him from Galicia to Hungary. Miraculously they succeeded in reaching Budapest. Ultimately, the Belzer Rebbe and his entourage arrived in Eretz Yisrael and settled in Tel Aviv.

Once in Eretz Yisrael, Rav Aharon and his brother Rav Mordechai undertook the tremendous task of rebuilding Torah and Yiddishkeit. Rav Mordechai, a klal person and a natural speaker, was his brother’s spokesperson.

He was concerned that the pure Torah chinuch of pre-war Jewry should continue, and in his merit, many youth who had gone astray returned to their roots.

His second wife was the daughter of Rav Tzvi Glick of Satmar, and they had one son, the current Belzer Rebbe, shlita.

In 5709/1949, Rav Mordechai traveled to Europe on a mission of chizuk to the Chassidim in Europe, but before Rosh Hashanah his father appeared to him in his dream and told him to return to Eretz Yisrael at once. Indeed, upon his return he fell ill.

In 1832, the first streetcar went into operation in New York City. The vehicle was horse-drawn and had room for 30 people.

In 1910, Eugene B. Ely became the first aviator to take off from a ship as his Curtiss pusher rolled off a sloping platform on the deck of the scout cruiser USS Birmingham off Hampton Roads, Virginia.