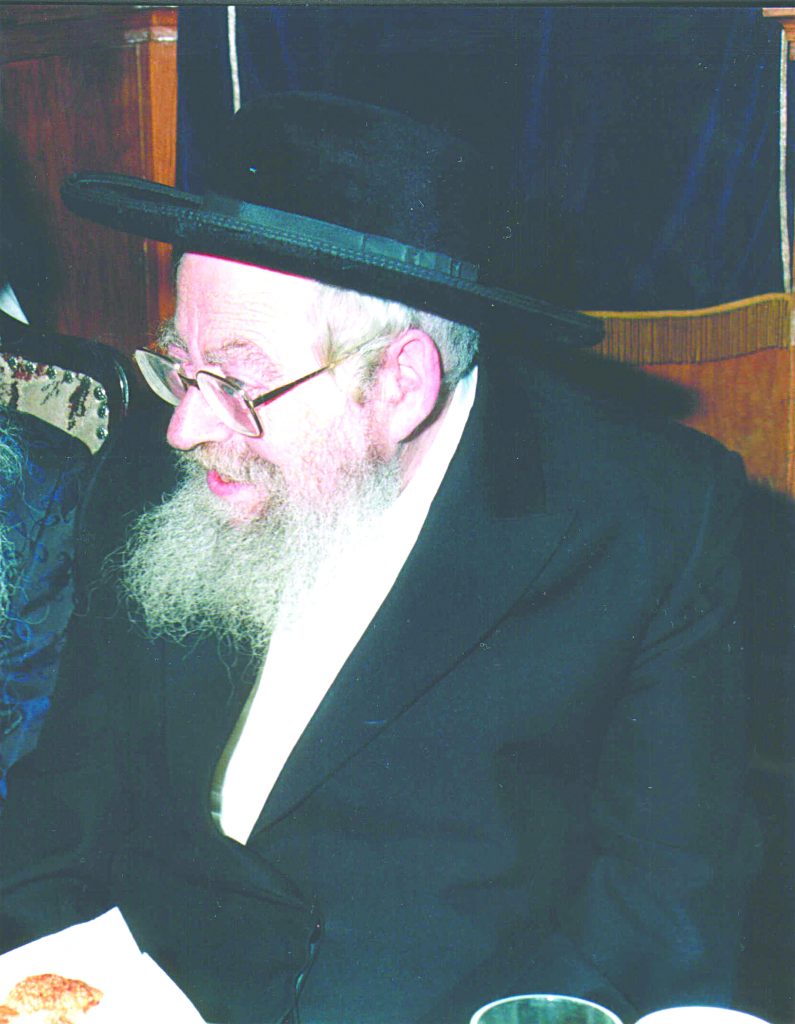 In 4941/1181, the king of France ordered all Jews in Paris attending shul on Shabbos to be detained for ransom.

Harav Fisher was born in Yerushalayim on 21 Tammuz, 5688/1928. His father, Harav Aharon, zt”l, was a prominent talmid chacham of the Perushim kehillah, who had come to Eretz Yisrael from Hungary. Rav Aharon, known for his tzidkus and prishus, was niftar at a very young age, leaving his widow with four young sons and two young daughters.

After Rav Aharon’s untimely petirah, the Av Beis Din of the Eidah Hachareidis, Hagaon Harav Zelig Reuven Bengis, zt”l, mechaber of Liflagos Reuven, appointed Hagaon Harav Mattis Davis, zt”l, to serve as the family’s legal guardian. Rav Davis, mechaber of Mattas Melech on the Rambam, saw that the young Yisrael Yaakov was destined for greatness and brought him to Rav Bengis, in whose home he became close to Gedolei Yisrael.

Harav Fisher learned most of the day and night, leaving very little time for sleep. He said of himself that he never took a nap during the day, not even on Shabbos or Yom Tov. Rav Fisher’s mother asked Harav Bengis and Harav Meltzer to convince her son to sleep more. After much persuasion, he agreed to sleep four hours each night.

He was later appointed Rosh Yeshivah of Eitz Chaim, which was then called Itur Rabbanim.

As the community Rav, and later moreh horaah, Harav Fisher was very careful to uphold the distinctive minhagim of Yerushalayim.

In 5734/1974, Hagaon Harav Yitzchak Yaakov Weiss, zt”l, known as the Minchas Yitzchak and Av Beis Din of the Eidah Hachareidis, upon the recommendation of the Satmar Rebbe, zy”a, appointed Harav Fisher to be a member of the Eidah’s beis din. Following the petirah of Harav Weiss, he was appointed deputy Av Beis Din — Raavad.

His modest home on Rechov Chofetz Chaim was always open to the public. He saw this as a holy shlichus.

He was niftar on 25 Adar in Yerushalayim.

Harav Fisher left behind the seven-part Even Yisrael on Rambam and 31 volumes of Even Yisrael Teshuvos. In addition, he wrote several volumes of drashos and a commentary on the Torah, also called Even Yisrael.

In 1775, Patrick Henry delivered an address to the Virginia Provincial Convention in which he is said to have declared, “Give me liberty, or give me death!”

In 1806, explorers Meriwether Lewis and William Clark, having reached the Pacific coast, began their journey back east.

In 1956, Pakistan became an Islamic republic.