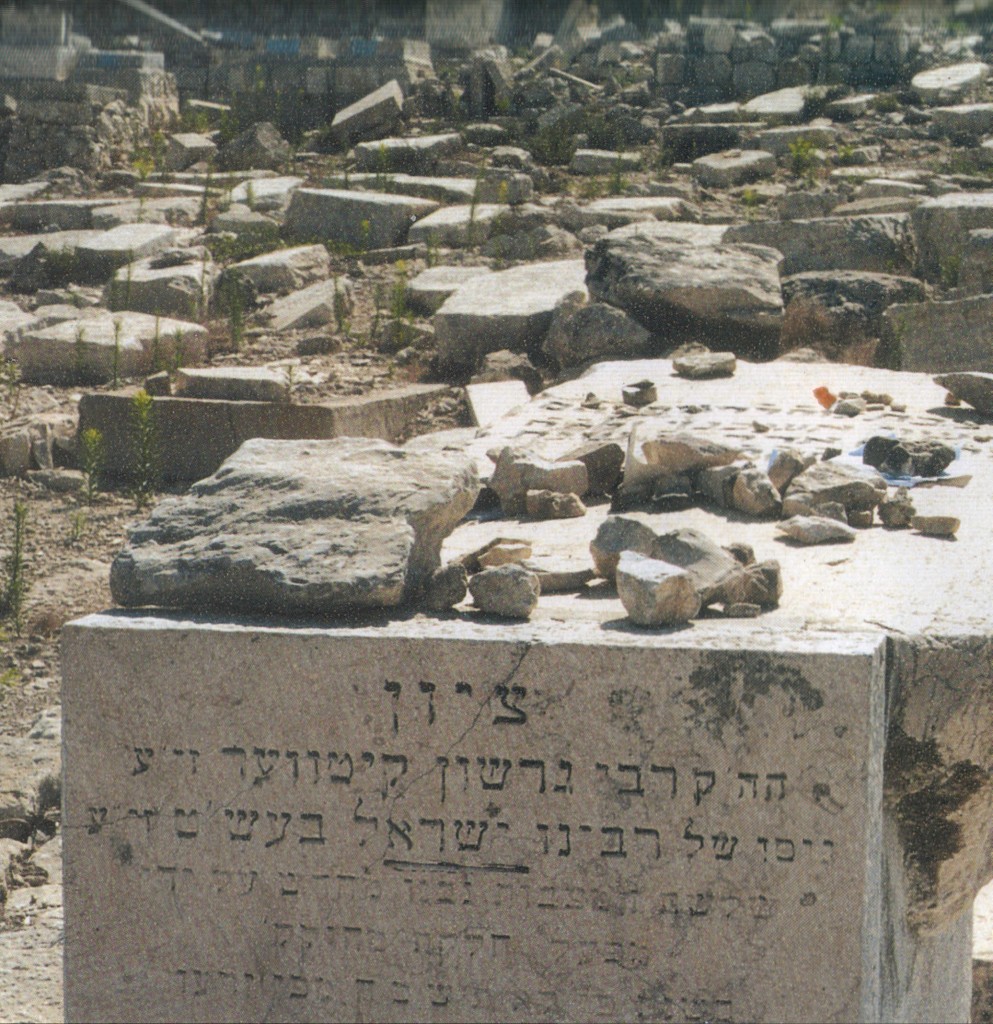 In 4941/1181, the king of France ordered all Jews in Paris attending shul on Shabbos to be detained for ransom.

Harav Gershon was the son of Harav Efraim Kitover. His date of birth is unknown.

After he relocated to Brodi, he became one of the members of the famous Brodi “kloiz,” an assemblage of lamdanim and ovdei Hashem; subsequently, he also served as a Dayan. His wife was Bluma, whom his brother-in-law, the Baal Shem Tov, mentions in a letter.

Reb Gershon had a prolific, ongoing correspondence with many contemporary Rabbanim including the Noda BiYehudah, who addressed him in a letter using highly complimentary titles. The Pri Megadim in Hilchos Tishah B’Av cites a pshat in the name of Reb Gershon, and Harav Yonasan Eibschutz wrote about him, “Harav hechassid hamuflag baTorah u’mekubal Eloki.”

In 5507/1747, he ascended to Eretz Yisrael and settled first in Chevron and later in Yerushalayim. In a letter to his brother-in-law he describes his life in Chevron: “In this holy city, there is a gate at the end of the Jewish street which is closed for Shabbos and Yom Tov. During the night the gate is closed, too; there is no need to fear anything. We arise at midnight and make our way to the shul where we learn the entire day in assemblage, until two hours past nightfall.”

He would occasionally travel to Yerushalayim. At one point the Ashkenazic community begged him to move to Yerushalayim and be their manhig, but for a long time he refused, despising honor and fame and wanting to serve Hashem in his own way. Eventually, in 5613/1753, he gave in to the persistent requests of members of all the kehillos to lead them.

From Eretz Yisrael he maintained constant contact with his brother-in-law, the Baal Shem Tov. In their correspondence they discussed matters of avodas Hashem and much more. His kever, and the kevarim of other family members, were rediscovered on Har Hazeisim after the Six-Day War.

In 1818, Congress decided the flag of the United States would consist of 13 red and white stripes and 20 stars, with a new star to be added for every new state of the Union.

In 1850, the city of Los Angeles was incorporated.

In 1865, President Abraham Lincoln, accompanied by his son Tad, visited the vanquished Confederate capital of Richmond, Virginia, where he was greeted by a crowd that included former slaves.