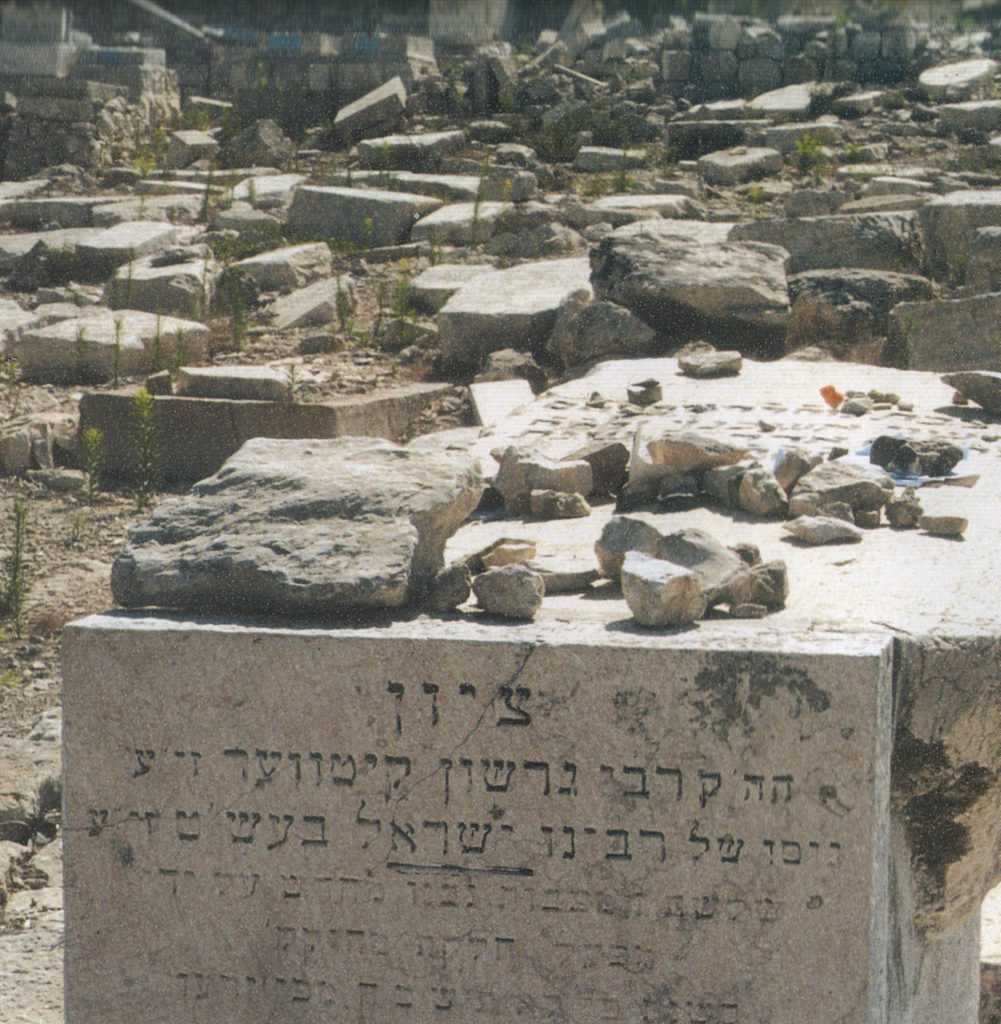 In 3365, Nevuchadnetzar the king of Bavel, died. [There are a number of opinions regarding the sequence of events of the next few days; we will adopt the Braisa of Seder Olam. See Luach D’var Yom B’Yomo for further discussion of this topic.]

Harav Gershon Kitover was the son of Harav Efraim Kitover; it appears that he was born in Kitov. His date of birth is unknown. Later he moved to Brodi, where he became one of the members of the famous Brodi kloiz, an assemblage of lamdanim and ovdei Hashem; subsequently he also served as a Dayan. He married Rebbetzin Bluma, a”h.

Rav Gershon’s sister married the holy Baal Shem Tov, even though at that time he opposed the Baal Shem Tov strongly. After realizing the hidden ways of his saintly brother-in-law, though, he became his devoted talmid, spending time with the Baal Shem Tov in Mezhibuzh, and teaching his son, Rav Tzvi.

Rav Gershon had a prolific, on-going correspondence with many contemporary Rabbanim such as the Noda BiYehudah. The Pri Megadim in Hilchos Tishah B’Av cites a pshat in the name of Reb Gershon, and Harav Yonasan Eibeshitz wrote about him, “Harav hechassid hamuflag baTorah u’mekubal Eloki.”

Once when a person of influence wanted to marry an agunah, Rav Gershon, together with other contemporary Rabbanim, would not permit it despite threats of brutal punishment by the authorities. He managed to escape by a miracle. It is told that the Baal Shem Tov promised him that in the merit of his steadfastness he would lead a community in Eretz Yisrael.

In 5507/1747, he ascended to Eretz Yisrael and settled first in Chevron and later in Yerushalayim.

He would occasionally travel to Yerushalayim. The Ashkenazic community begged him to move to Yerushalayim and serve as their manhig; he refused, despising honor and wanting to serve Hashem in his own hidden way. Eventually, in 5513/1753, he agreed after persistent requests that he accept the position.

From Eretz Yisrael he maintained constant contact with his brother-in-law, the Baal Shem Tov

His kever, and the kevarim of other family members, were re-discovered on Har Hazeisim after the Six-Day War.

In 1789, the U.S. House of Representatives held its first full meeting in New York; Frederick Muhlenberg of Pennsylvania was elected the first House speaker.

In 1976, Apple Computer was founded by Steve Jobs, Steve Wozniak and Ronald Wayne.