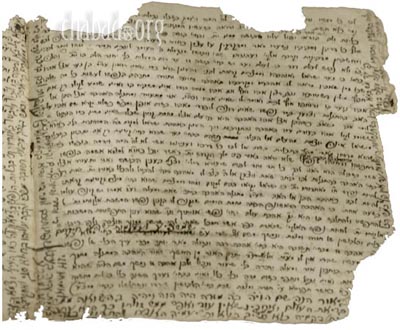 In 5471/1711, a fire that started in the home of Harav Naftali Katz, the Semichas Chachamim who was at the time Rav of Frankfort-am-Main, nearly destroyed the entire Jewish ghetto.

In 5612/1852, the first hospital in America under Jewish direction, Mount Sinai Hospital, was founded in New York.

Harav Schneur Zalman of Liadi — also known as The Alter Rebbe, Baal HaTanya, and The Rav — was born in the White Russian town of Liozna in 5505/1745. His father was Reb Baruch of Liozna, a descendant of the Maharal of Prague; he married Shterna, the daughter of Reb Yehuda Leib Segal, a naggid in Vitebsk.

In 5524/1764 he traveled to Mezeritch to study under the Baal Shem Tov’s successor, Harav Dov Ber, zt”l. He also learned under Harav Menachem Mendel of Vitebsk and Harav Pinchas of Koritz, zechusam yagen aleinu.

In 5527/1767, he became the Maggid in Liozna, a post he held for the next 35 years until he moved to Liadi after his second arrest and liberation.

For 20 years he labored on the Tanya, in which he outlined the Chabad philosophy and ethos. Soon his influence spread throughout White Russia and Lithuania.

In 5558/1798 Rav Schneur Zalman and some of his leading Chassidim were denounced to the Russian authorities in Petersburg as traitors to the Tsar. The fact that he collected funds for the needy in Eretz Yisrael (then part of the Turkish empire) was “evidence” that he was an “enemy” of Russia.

After Simchas Torah 5559/1798, the Rebbe was arrested and imprisoned in Petersburg. He was eventually found innocent, and was released on 19 Kislev.

However, false charges were again brought to the authorities. This time the ordeal took over nine months. Tsar Paul was murdered and his son Tsar Alexander the First ordered the case dismissed. At that point the Rebbe moved to Liadi.

In 5572/1812 Rav Schneur Zalman fled the approach of Napoleon’s armies, which were advancing through White Russia (the Rebbe supported the Tsar in the war against Napoleon). After many weeks of wandering, he arrived, in the dead of winter, in the town of Pyena. There he fell ill and, on 24 Teves, he was niftar.

He was succeeded by his son, Harav Dov Ber, zt”l.

In 1984, the breakup of AT&T took place as the telecommunications giant was divested of its 22 Bell System companies under terms of an antitrust agreement.

In 1993, Czechoslovakia peacefully split into two new countries, the Czech Republic and Slovakia.