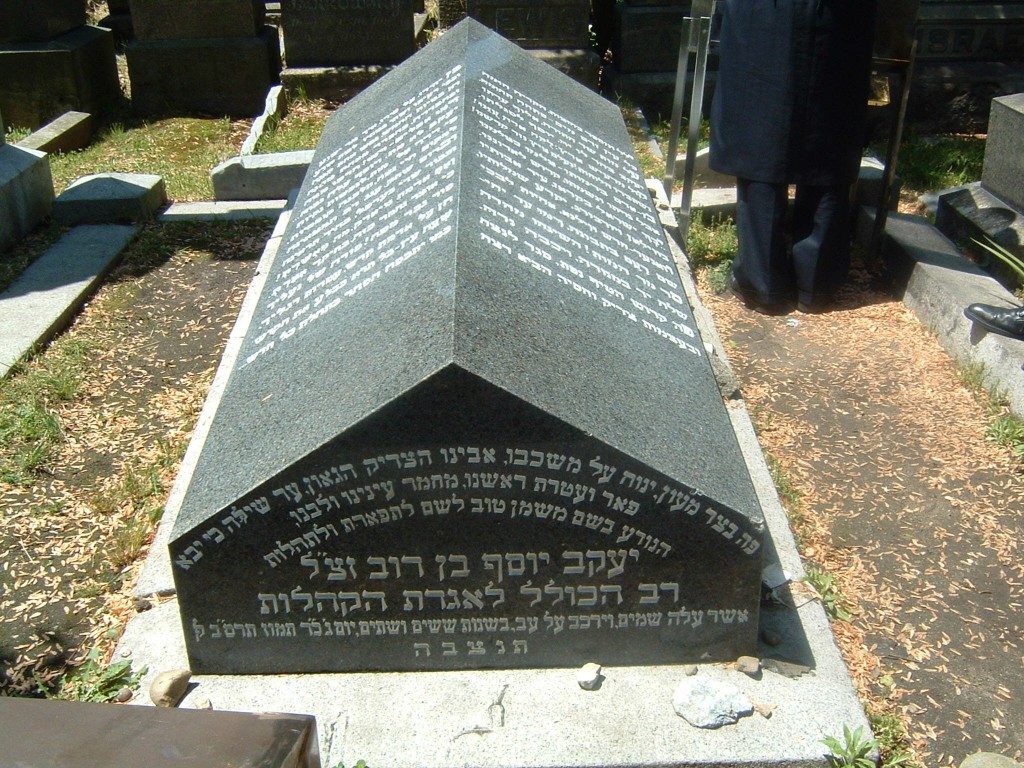 In 4859/1099, after conquering Yerushalayim, the Crusaders herded the city’s Jews into a shul and set it aflame; all the Jews perished in the fire. H”yd.

Harav Yaakov Yosef was born in 5600/1840 in the village of Krez, in the province of Kovno, Lithuania.

Yaakov’s intellectual abilities were already apparent when he was young. Though his father, Reb Dov Ber Yosef, did whatever he could to find Rebbeim to learn with his son, his dire financial situation soon left him no choice but to send the boy to work.

Harav Moshe Yitzchak Halevi Revel heard about this situation and set out for Krez. He left Reb Dov Ber a considerable sum of money, and sent Yaakov to the Etz Chaim yeshivah in Volozhin at his expense.

Yaakov studied in Volozhin for a year and gained a sterling reputation. The Rosh Yeshivah, the Netziv, held him in high regard, nicknaming him Reb Yekkele der Charif, “the sharp one.” His fellow students fondly called him “the iluy of Krez.”

At that time, Harav Yisrael Salanter, zt”l, opened a yeshivah in which his unique mussar approach was taught. Rav Yaakov Yosef joined the yeshivah, soon becoming one of its leading students.

Many of Rav Yaakov’s later drashos included concepts he had absorbed during his years at the yeshivah, and he always considered Rav Yisrael to be his Rebbi.

Rav Yaakov married Esther Rochel, the daughter of a Kovno merchant. After the wedding, the young couple settled there. Rav Yaakov taught a daily shiur at the Slabodka beis medrash founded by one of Rav Yisrael’s students.

After several years, Rav Yaakov decided to become a community Rav in Yarburg, in the hope of bringing Yidden closer to Hashem. In 5643/1883 he became Rav in Vilna.

When Harav Avraham Asch was niftar in 5647/1887, the leaders of the community invited Harav Yaakov Yosef to assume the position of Chief Rabbi, officially called “Rav Hakollel.” The late Rav had maintained authority over the 15 major batei medrash that existed in New York at that time. On 28 Tammuz 5648/1888, Harav Yaakov Yosef arrived in New York.

At first, the New York Jewish community united around their new Chief Rabbi. But unfortunately, the situation soon changed. Certain elements in the community took control of kashrus and marketed non-kosher foods, claiming they were kosher.

Rav Yaakov fought them, but they succeeded in stirring up the community against him.

Eventually his health began to suffer. His condition deteriorated sharply, and he was niftar on 24 Tammuz 5662/1902.

In CE 64, the Great Fire of Rome began, consuming most of the city for about a week. (Some blamed the fire on Emperor Nero, who in turn blamed Christians.)

In 1536, the English Parliament passed an act declaring the authority of the pope void in England.

In 1789, Maximilien Robespierre, a deputy from Arras, France, decided to back the French Revolution.

In 1872, the Ballot Act was passed in Great Britain, providing for secret election ballots.

In 1947, President Harry S. Truman signed a Presidential Succession Act which placed the speaker of the House and the Senate president pro tempore next in the line of succession after the vice president.