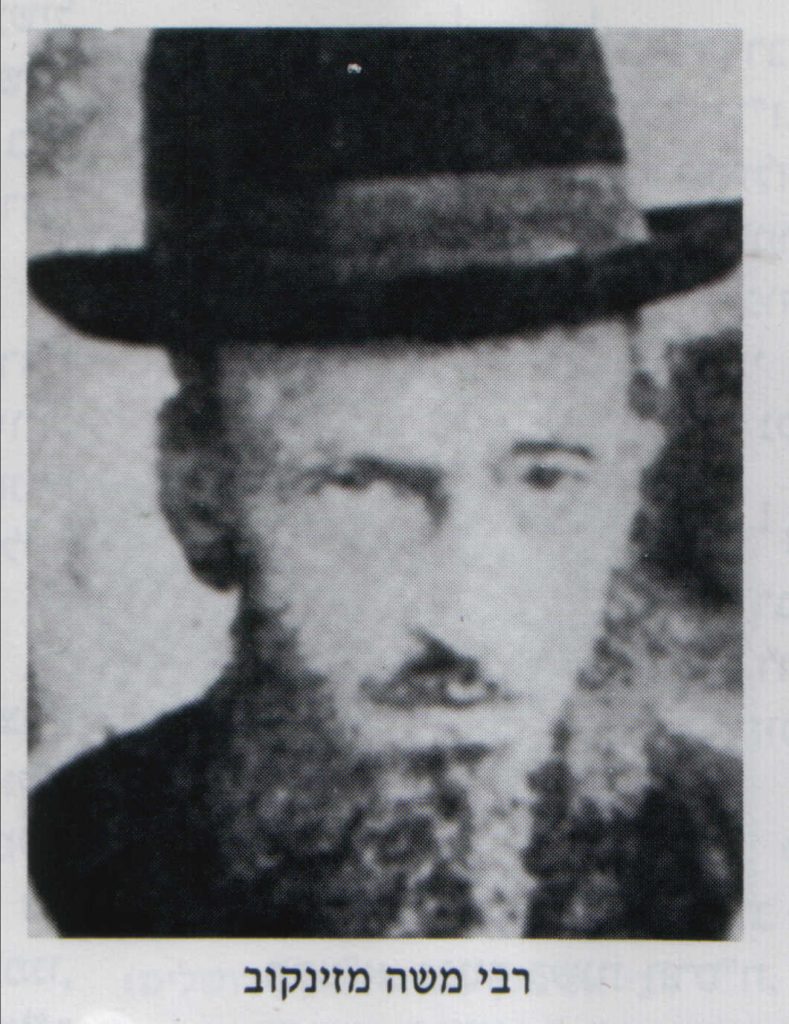 In 2448/1312 B.C.E., Bnei Yisrael paused at Marah after they crossed the Yam Suf. The Gemara in Sanhedrin 56b relates: In Marah, Hashem commanded the Jews to observe 10 mitzvos: the seven Mitzvos Bnei Noach, plus monetary laws, Shabbos, and kibbud av va’em.

Harav Chaim Menachem, born in 5597/1837 in Zhinkov, was the son of Harav Meshulam Zusya of Zhinkov (grandson of the Ohev Yisrael of Apta, zy”a).

Reb Chaim Menachem was the son-in-law of Harav Dovid of Tolna; and in his second marriage, of Harav Shmuel of Hashyuka.

After the petirah of his father on 3 Elul 5624/1864, he became Rebbe, and expanded the Chassidus greatly. Reb Chaim Menachem was considered one of the greatest and most influential Rebbes of the time in Russia. There were many Zhinkover shtieblach scattered over Ukraine, Russia, and Serbia.

Harav Aharon of Karlin called the Zhinkover Rebbe “Gevurah Shebigevurah,” indicating his great power and influence on his Chassidim, and his fiery avodas Hashem.

Reb Chaim Menachem left behind over 1,000 pages of divrei Torah in manuscript. Unfortunately, little of it was ever printed. Some of his divrei Torah are found in the sefer Shemuos Tovos.

His sons were Harav Moshe and Harav Pinchas; his sons-in-law were Harav Yeshayahu of Makarov and Harav Feivush of Zelitschek.

In 1653, in England, Oliver Cromwell expelled the Long Parliament for trying to pass the Perpetuation Bill that would have kept Parliament in the hands of only a few members.

In 1792, France declared war on Austria, Prussia and Sardinia. It was the start of the French Revolutionary Wars.

In 1832, Hot Springs National Park was established by an act of Congress. It was the first national park in the U.S.

In 1865, safety matches were first advertised.