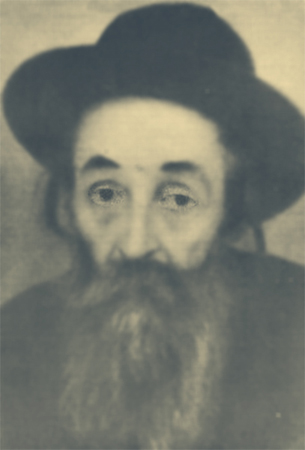 He married the daughter of Harav Dovid Shlomo (grandson of Harav Moshe Kobriner, zy”a). He devoted himself solely to learning and received semichah from many Gedolei Hador.

He loved all Yidden, and excelled in his devotion to the public.

When the Soviets rose to power, Reb Gedalyah Moshe was sentenced to eight years in Siberia for “leading a group to undermine the government and spying on behalf of the enemy.”

Later, upon his release he was appointed Rav in a city near Moscow.

In 5697/1937, Reb Gedalyah Moshe managed to flee to Eretz Yisrael, where he lived simply in Yerushalayim.

Reb Gedalyah Moshe was buried in a small cemetery in Sheikh Badar. In recent years his tziyun has become a makom tefillah.

His son Harav Mordechai succeeded him as Rebbe.

In 1775, during the American Revolution, U.S. forces captured Montreal.

In 1849, voters in California ratified the state’s original constitution.

In 1927, the Holland Tunnel opened to the public, providing access between lower Manhattan and New Jersey beneath the Hudson River.