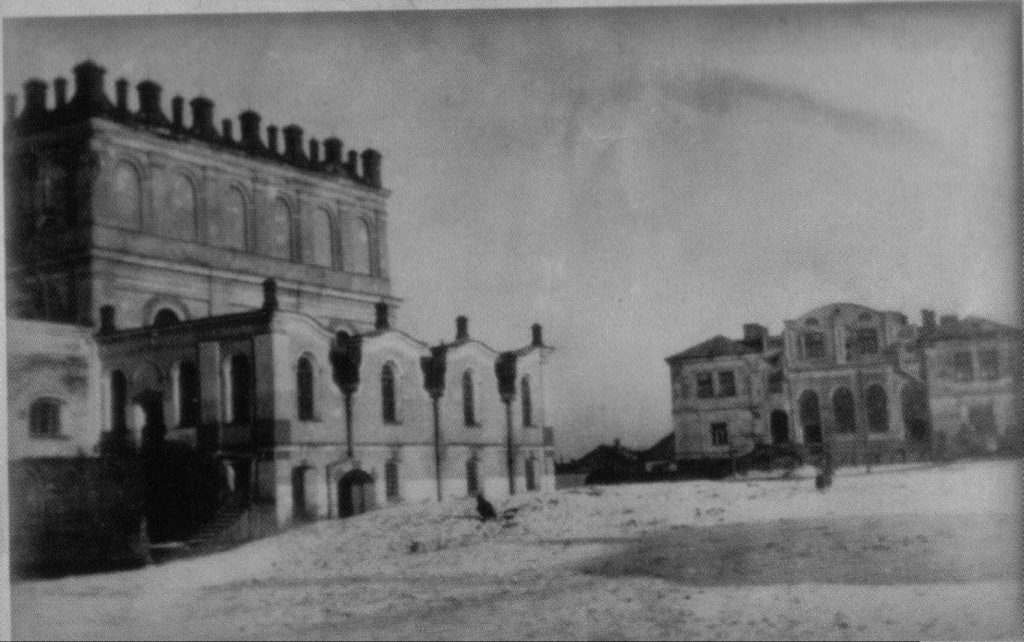 In 5701/1941, the first transport of Polish Jews to concentration camps left Plotsk, Poland.

Polish Jews were barred by the Nazis from using public transportation.

Harav Yehoshua was born in 5585/1825 to his saintly father, the Sar Shalom of Belz, zy”a, and Rebbetzin Malka, a”h, in the town of Belz, Galicia. The Sar Shalom was a fifth-generation descendant of Harav Elazar Rokeach, zt”l, the Ma’ase Rokeach.

His primary teacher was his father; he remarked that his father taught him everything he knew, besides for two things that he wished to conceal from him.

When the Sar Shalom was niftar Rav Yehoshua succeeded him as Rav and Rebbe in Belz even though he was the youngest of three brothers, just 30 years old. He combatted the maskilim forcefully, founding Machzikei Hadas, to this end; it was active on all fronts, including the publication of a frum newspaper.

He once met a maskil in Lvov, where he had gone to set up a branch of the Machzikei Hadas. The maskil asked, “Rebbi, why do you combat us so harshly? Why should we not compromise?”

The Rebbe replied, “A compromise is only possible when the issue is of a financial nature and one party concedes some of the money; but to us Yidden every single one of the Taryag Mitzvos is precious, so a compromise cannot even be considered!”

Sometime between 5642 and 5647 (1882-1887), there was a conference on behalf of Machzikei Hadas in Lvov. Rav Yehoshua was one of the main organizers, devoting much time, energy and money to the cause.

The last day of the conference was 23 Shevat, and at the final meeting Reb Yehoshua said to all assembled, “I hope that today will be remembered until the coming of Moshiach.”

A few years later, in 5654/1894, Rav Yehoshua was niftar on 23 Shevat, and as he had predicted, that day became one that would always be remembered.

His Torah thoughts are printed in Imrei Kodesh Mahari.

In 1788, the first British penal settlement was founded at Botany Bay.

In 1856, Britain’s Queen Victoria introduced the Victoria Cross to reward military acts of valor during the Crimean War.

In 1919, the ratification of the 18th Amendment to the Constitution, which launched Prohibition, was certified by Acting Secretary of State Frank L. Polk.