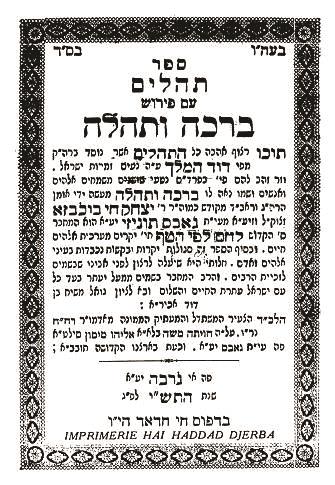 Today is a Taanis Tzaddikim commemorating the war that Bnei Yisrael waged against Shevet Binyamin after the incident of pilegesh b’giv’ah (Shoftim 19-21). Forty-thousand men of Shevet Binyamin were killed in that war, which nearly wiped out the Shevet.

According to some opinions, today also commemorates the infamous “pesel Michah” as described in Shoftim 17-18.

In 5057/1297, the Jews of Silesia, then an independent country (it was divided after WWI between Poland, Germany and Austria), were ordered to wear a special cap in public to identify them as Jews.

In 5701/1941, the first transport of Polish Jews to concentration camps left Plotsk, Poland.

Polish Jews were barred by the Nazis from using public transportation.

Harav Yitzchak Bokovza was born in Adar 5613/1853 in Gaves. His father, Rav Gavriel, was a respected inhabitant of the city, and his mother, Esther, was renowned for her chessed and tzedakah work. It is related that the collector for the tzedakah fund of Rabi Meir Baal Haness would stay in their home, and one night the Tanna Rabi Meir Baal Haness appeared to her in a dream and informed her that she would give birth to a son who would be great in yirah and chochmah.

When this son was born, she handled him with extra kedushah and taharah. She would wash her hands before feeding him and, from when he was three or four months old, she would only give him something to eat after she partook of the food herself, making a brachah on it, so that his eating would be covered by her brachah.

In his youth Yitzchak learned under Harav Avraham Alush, who was Dayan of Gaves.

When his father traveled to Tunisia, he took Yitzchak with him. There he learned under Harav Moshe Zamour and Harav David Jaoui.

Rav Yitzchak served as Rav in his hometown of Gaves. He was also a melamed and a shochet. Later he was appointed Dayan in Muchnin, where he served for 18 years.

Following that, he was again asked by the community of Gaves to serve as their Rav, a post he held for the next five years.

Later, he was asked by the community of Tripoli to serve as their Rav, and he remained in this position until his petirah.

Rav Yitzchak was niftar on Erev Shabbos, 23 Shevat 5690/1930, at the age of 77. He was buried in Tripoli. He gave instructions that at the time of yetzias neshamah, many candles should be lit, and only those who toiveled in the mikveh would be permitted to carry his mittah.

In 1914, groundbreaking took place for the Lincoln Memorial in Washington, D.C.

In 1999, the Senate voted to acquit President Bill Clinton of perjury and obstruction of justice.