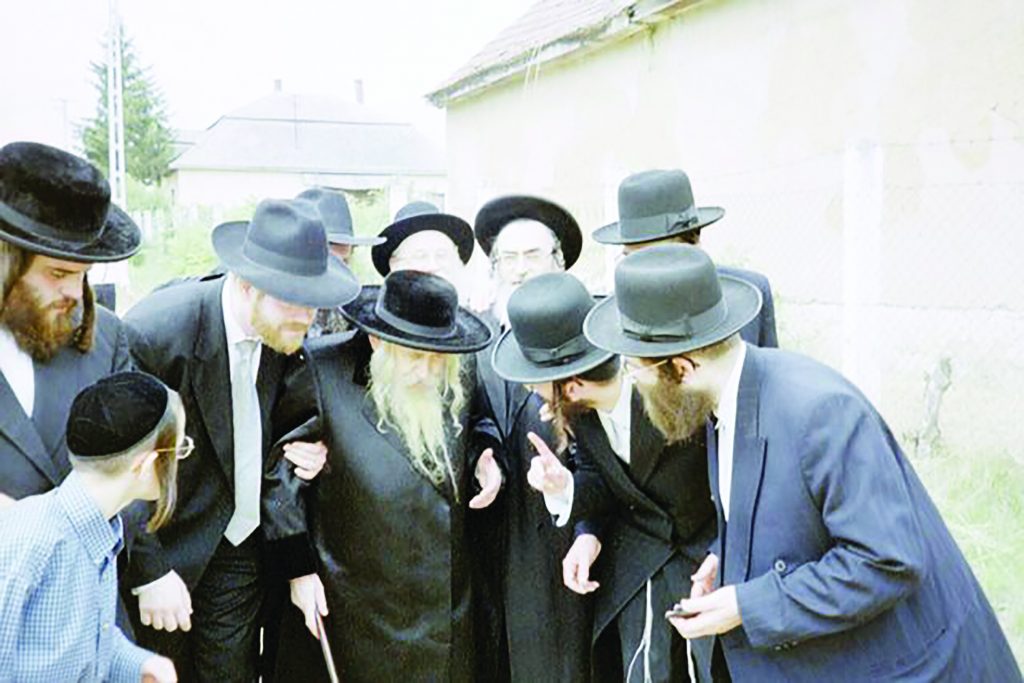 In 5109/1348, Rudolph of Oron claimed that Jews had confessed to poisoning wells (he was later proven to have lied), prompting the Black Death riots against the Jews of Europe. These cost tens of thousands of lives over the next years. Hy”d.

Reb Meshulam Feish did not have a son for many years. When already quite elderly, he decided to make the arduous trip to distant Lizhensk, to visit the kever of the Rebbe Reb Elimelech, where he davened for a son. His tefillos were answered; within a year a son was born to him. On the day of his son’s bris, he named the child Elimelech after the holy Rebbe Reb Elimelech of Lizhensk, in whose merit he was zocheh to this son.

Harav Elimelech Lowy became the Rav and Rebbe in Tosh after his brother-in-law, Harav Yosef Rottenberg, zt”l, left the post to become Rav in Kosoni. Continuing the tradition of his father, he led his court with great devotion and diligence. Many people were blessed through his brachos, and many miracles were told of people who were helped by his tefillos.

Even though Reb Elimelech founded a court and attracted many Chassidim of his own, he considered himself a Chassid of his Rebbe, Harav Tzvi Elimelech Shapiro of Bluzhev, and continued traveling to him, much as his father traveled to Reb Tzvi Elimelech’s father, Reb Dovid of Dinov.

The Tosher dynasty continues to thrive under the guidance of the current Tosher Rebbe, Harav Elimelech, shlita, (a great-grandson)who resides in Kiryas Tosh, a small town outside Montreal.

In 1788, Maryland passed an act to cede an area “not exceeding ten miles square” for the seat of the national government; about two thirds of the area became the District of Columbia.

In 1954, the first successful human kidney transplant took place at the Peter Bent Brigham Hospital in Boston as a surgical team removed a kidney from 23-year-old Ronald Herrick and implanted it in Herrick’s twin brother, Richard.

In 1986, the experimental airplane Voyager, piloted by Dick Rutan and Jeana Yeager, completed the first non-stop, non-refueled round-the-world flight as it returned safely to Edwards Air Force Base in California.